Moose Jaw man gets four years for crash that killed 3 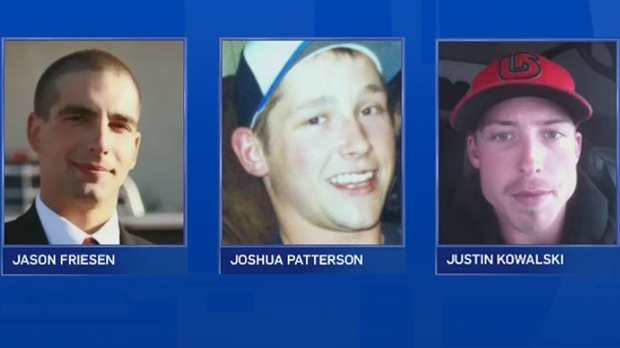 A Moose Jaw man has been sentenced to four years in prison for a drunk driving crash that killed three people.

Taylor, 24, was driving a vehicle carrying six people when it rolled on Highway 2 south of Moose Jaw in September 2013.

Jason Friesen and Joshua Patterson of Moose Jaw and Justin Kowalski of Mossbank died in the crash. All three victims were 24 years old.