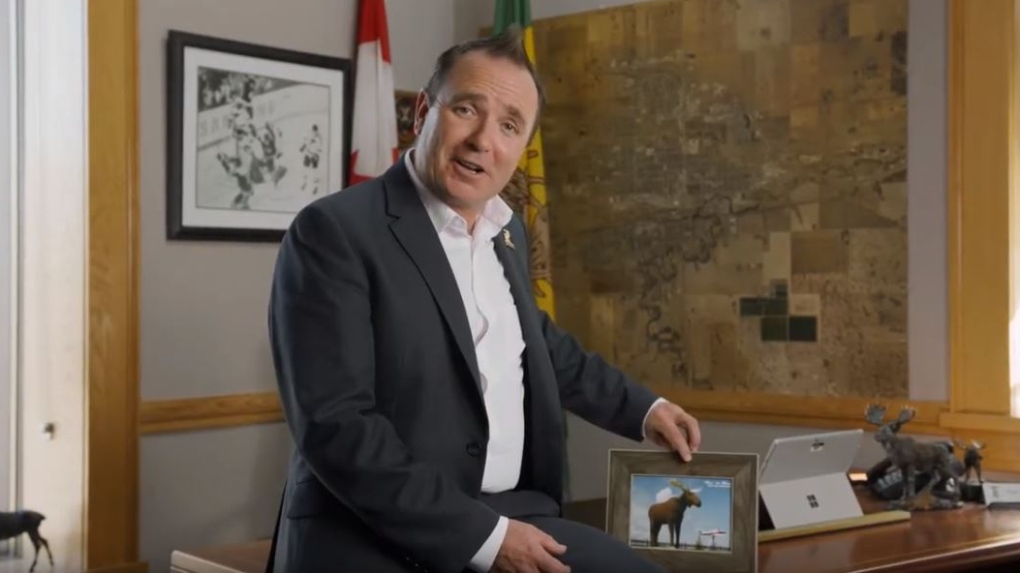 Moose Jaw Mayor Fraser Tolmie has invited actor Jon Hamm to come to "New Canada" after he was denied citizenship in a Canadian-themed SkipTheDishes ad.

"I already bought a Moose Jaw, and a Yellow Knife!" Hamm said in the video, titled "Canada is so in Right Now."

In the ad, Hamm's assistant suggests starting a "New Canada," but Hamm's heart is set on the old one.

"Jon, if I were the prime minister of New Canada, I would have you swear allegiance to the moose," Tolmie said.

Specifically, Tolmie is referring to Mac the Moose — who made international headlines during a feud with another taller moose in Norway. Mac is in the process of getting a new rack following a Moose Truce between the two countries earlier this year.

Tolmie goes on to say New Canada will have plenty to offer its citizens.

"Thursdays would be the new Friday, chocolate would be a vegetable, maple syrup would be a beverage, bacon would be our favourite colour and flavour," Tolmie said.

He says he plans to start a petition to allow Hamm into New Canada. Then, Tolmie says he'll tell Hamm "I'm sorry," and welcome him to Canada with open arms.

"It's all been a misunderstanding, eh?" Tolmie said. "Why don’t you come over to my house, we'll put on a hockey game and we'll order some food in."