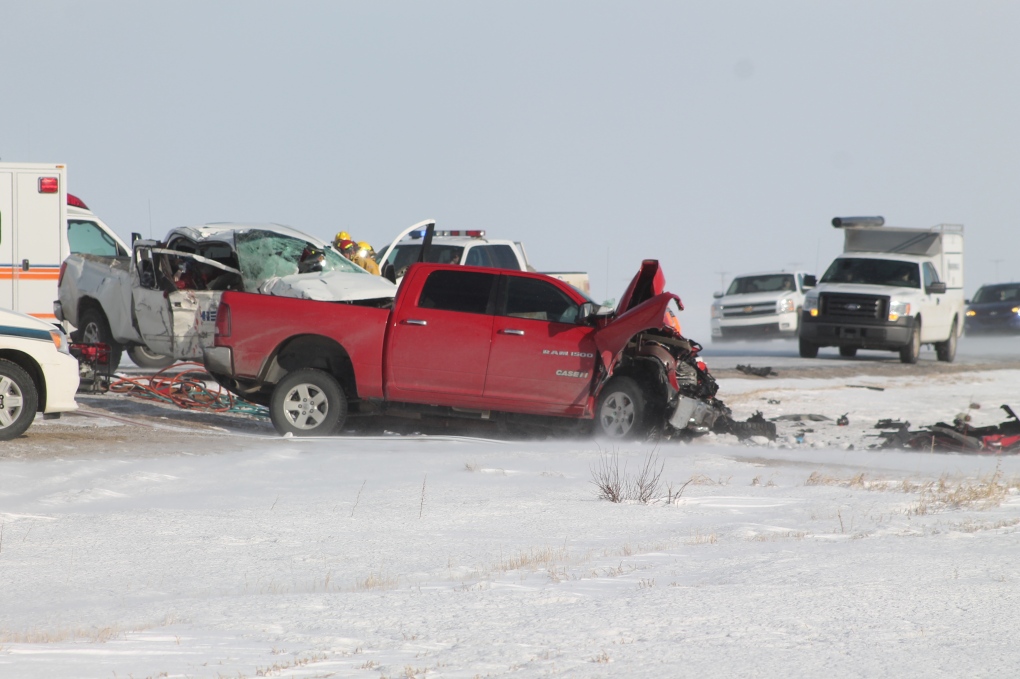 Emergency crews respond to a head-on collision on Highway 33 near Sedley on Monday afternoon.

RCMP have released more details about a highway collision Monday near Sedley that killed three people and left two others seriously injured.

Two pickup trucks, a Nissan and a Dodge, collided on Highway 33 just north of the community around 4 p.m.

Three people in the Nissan truck were killed – a 24-year-old man from Richardson and two other men, ages 29 and 34, from White City.

No names have been released.

An 18-year-old Aberdeen woman who was a passenger in the same pickup was taken to hospital in serious condition.

The driver of the other truck, a 50-year-old Weyburn man, was airlifted to a Regina hospital by STARS air ambulance.

Mounties said there was blowing snow on the highway at the time of the collision.