More than a dozen vehicles involved in large crash near Morse: Sask. RCMP

More than a dozen vehicles involved in large crash near Morse: Sask. RCMP 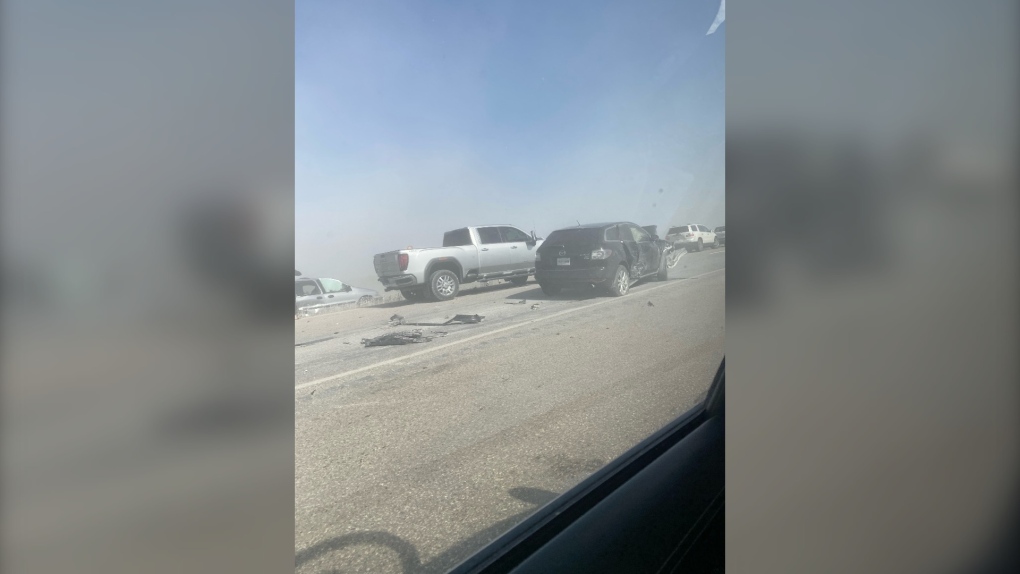 16 vehicles were involved in a series of collisions five kilometres outside of Morse, Sask on Highway #1. (Courtesy: Jennifer Gauthier)

Saskatchewan RCMP revealed in its weekly report that a large string of collisions occurred on Highway #1 near Morse on Sept. 5.

Sask. RCMP received multiple 9-1-1 calls at 2:57 p.m. The calls outlined that several vehicles were involved in a collision around five kilometres west of Morse on Highway #1.

Road conditions at the time were near white out, due to high winds blowing salt residue from a nearby lake bed across the highway. Visibility was reportedly reduced to less than 15 metres.

Morse and Swift Current RCMP responded to the incidents. According to police, traffic control was set up at Herbert to divert traffic away from the site and the Reed Lake Terminal.

EMS and firefighting services responded to the scene and several people were transported to hospital.

No life-threatening injuries or fatalities were reported by RCMP.