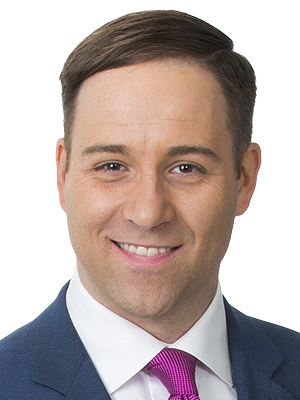 Born in England but raised in Alberta, anchor, Lee Jones is a proud member of the CTV Regina team.

After graduating with honours from the journalism program at the Northern Alberta Institute of Technology (N.A.I.T.). Lee's first broadcasting job was at CTV Yorkton, where he reported on everything from farming to sports. Lee joined CTV Regina in 2001.

In addition to taking an active role in community events, Lee is dedicated to bringing Southern Saskatchewan the best local coverage possible.

Lee Jones is married to his wonderful wife Marnel and the pair recently welcomed a son named Remy. They also have a Cavalier King Charles named Sir Charles Barkley, who has be known to make CFL predictions.