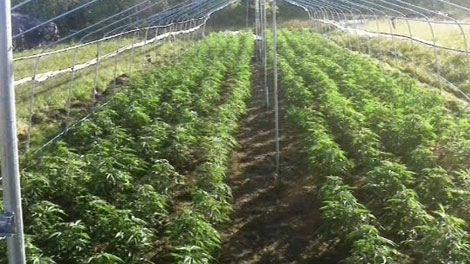 RCMP seized an estimated $35,000 worth of marijuana after raiding a grow operation in east-central Saskatchewan.

Mounties say two people were arrested after officers executed a search warrant at a home in the community of Tisdale on Friday.

Jesse Graver and Leah Brock, both 23, from Tisdale are each charged with production of marijuana and possession for the purpose of trafficking. Graver is also charged with possessing a prohibited weapon.

The two accused were released from custody and are set to make their first court appearance in Tisdale on May 1.