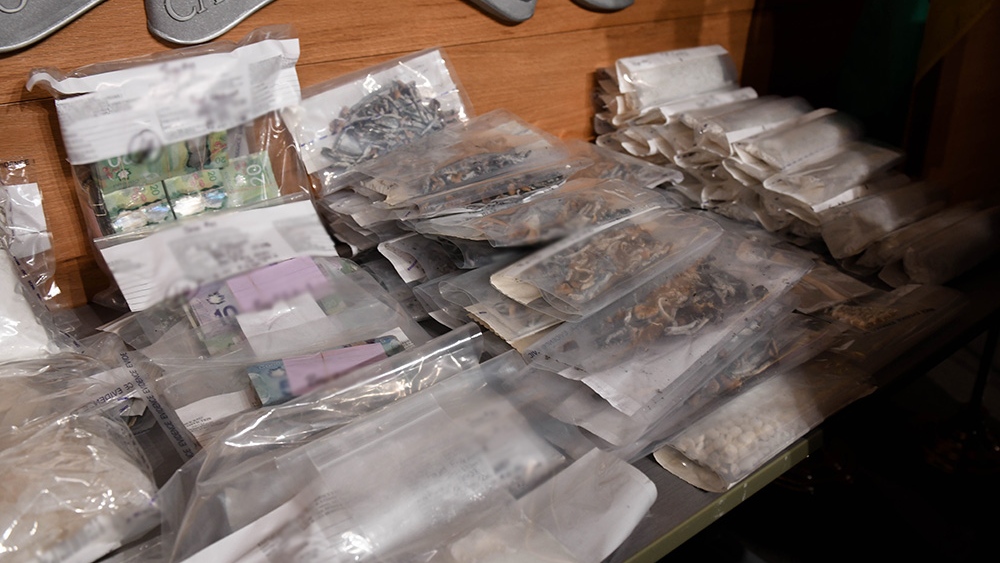 RCMP have laid 70 charges in relation to a significant drug bust that involved multiple provinces including Saskatchewan, according to a news release.

Three seizures took place, one that included 397.5 grams of methamphetamine near Chamberlain, Sask.

The other two seizures were for 452.7 grams of cocaine in Fort McMurray, Alta. and 1,540 grams of Meclonazepam, also known as fake Xanax pills, in Edmonton, Alta.

A total of seven people are facing charges, six are from Edmonton, Alta. and one is from Vaughn, Ont.

RCMP are also on the lookout for 48-year-old Michael Bagen, from Edmonton, Alta.

Police said he is described as six feet one inch tall and approximately 216 pounds, with blue eyes and brown hair.

According to RCMP, the investigation began back in October of 2020, when the Saskatchewan RCMP Federal Serious and Organized Crime Unit (FSOC) started to inquire into a sophisticated crime group that was moving large amounts of drugs to numerous communities in Saskatchewan and Alberta.

“The Saskatchewan communities affected included both larger centers such as Regina, Saskatoon and Moose Jaw, as well as a number of smaller communities in rural Saskatchewan like Assiniboia, Marquis, Mossbank, Caronport, Hudson Bay, Limerick, Craven and Lloydminster,” the RCMP said in a release.

Police said the investigation included more than 7,000 hours of surveillance in Alberta, Ontario and Saskatchewan, which included over 60 judicial authorizations.

All of the accused will make their first court appearances in Regina on June 21.