Warning: This story contains allegations of abuse, graphic content and language that may be upsetting for some readers.

Multiple former students of Athol Murray College of Notre Dame are coming forward with allegations of abuse during their time at the school in the 1980s.

It all started with Todd Tisdale, who shared his story with TSN in December, citing sexual, physical and psychological assaults during his time at the school in 1986.

“As soon as I got there I was introduced to this culture of hazing,” Tisdale said. “It started off with just simple stuff like getting an older student a chocolate milk or taking their laundry to the laundry place but it quickly escalated into strange stuff.”

Tisdale said he didn’t hear any allegations of assault from his older brother, Tim, who attended the school the year prior.

Eventually, Tisdale said he was forced to give other students massages and then said the incidents got worse.

On another occasion, Tisdale alleges he was sexually assaulted in a room with a group of other boys.

“I was brought from my room into another dorm room where there was about 10 students sitting on the bunk beds,” he explained. “There was another guy there, a guy that I knew, and he had his pants undone and he had a shoestring tied around his privates.”

He said the older students told Tisdale to unzip his pants.

“One of the guys there tied the other end of the shoestring to my privates and we were placed in the middle of the room and we were told to have a tug of war, not using our hands, only using our genitals,” he explained. “We had to pull back until one of our backs hit the wall.”

Tisdale said his back touched the wall first so he was allowed to leave.

“That poor man that was there with me had to endure more of that abuse,” Tisdale said.

Tisdale said he visited the school nurse several times per week with injuries from the alleged assaults.

He said he told school officials what was happening. He said they did nothing about it.

He left the school after two months when he was expelled for visiting his girlfriend off campus without permission.

“I didn’t really talk to the administration of Notre Dame until 1994 when I told them this stuff had happened to me,” Tisdale explained. “Absolutely nothing was done about it. They never even got back to me.”

He said he contacted the school again in 1999 and was told by the president someone would get back to him.

“He never, ever did. I never received another letter from him,” Tisdale said. “It was quite disheartening.”

Since first sharing the allegations with TSN in December, Tisdale said he’s been contacted by more than 10 former students who allege they experienced similar incidents during their time at Notre Dame.

“It’s been eye opening. I knew that I wasn’t that only one that went through hazing and abuse like this,” Tisdale said. “I’ve listened to a lot of ex-students tell me their experiences and a lot of ex-students just wanted to say good luck with your story and what you’re going through. They know that it definitely happened.” 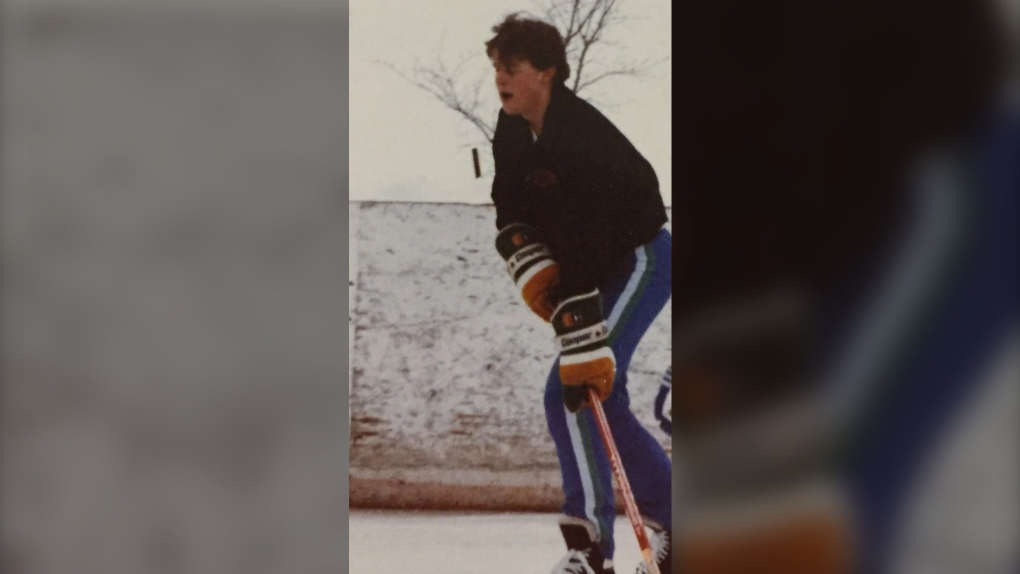 Kenny Wray, another former student who attended the school from 1984-1987, reached out to Tisdale with similar allegations. He played hockey all three years.

Throughout his first year, Wray said he got hit and punched every day for no reason.

“You were just trying to fit into this environment, into this culture and doing the best you could,” Wray said.

He said he experienced a lot more than that.

“I had to do something called an atlas sit-up. They blindfold you while you’re doing sit-ups and an old boy will come with no clothes on and put his [buttocks] in front of your face and you come up in the sit-up and your face goes right into his [buttocks],” Wray said. “It’s not a pleasant experience. If they decide to wipe it’s a bonus I guess, but a lot of times that didn’t happen.”

Wray was at the school with Tisdale and remembers some of his alleged incidents, including the shoestring tug of war. He said the dorm was reprimanded.

“Everybody in the dorm got punished for it. It was only one dorm that did it,” he said. “It was sick at the time and it’s even worse now.”

Wray said he felt some guilt when he read Tisdale’s story because he didn’t step in to help.

Over the past few months, Wray has started opening up about his alleged experiences for the first time. Before now, he’s only ever talked about it with his roommate at Notre Dame.

Wray said he’s been in touch with Tisdale and other former Notre Dame Hounds, which he said has been helpful.

“I kind of had PTSD after Notre Dame. Well into my thirties I was waking up in the middle of the night swinging just because of some of the trauma I went through,” Wray said. “I repressed these feelings. I’m now 54-years-old. It’s really helped since I got in contact with Todd and these other Hounds I’ve talked to about it to see if it was just me. All these years, I thought maybe it was just me.”

Despite the abuse, Wray said he still feels Notre Dame did more good for him than harm.

“It gave me a really good education. I have to say that,” Wray said.

Another student who attended the school from 1986-1988, who requested to remain anonymous, alleges he suffered his own physical abuse and witnessed some of the sexual abuse.

He said he would get beaten up for not making his bed and was forced to do push ups, sit-ups and wall sits until vomiting.

“At Christmas time, kids were getting whipped with coat hangers every time they said the word ‘wish’ in We Wish You a Merry Christmas,” the former student said. “The welts on their butts were so bad that they couldn’t sit at home for Christmas.”

He said he also witnessed the shoestring tug of war with students’ genitals. He said one of the boys who was involved in the game could not urinate for several days afterwards.

“It’s always that bad things happen to good people,” he said. “That’s what happened a lot there. Kids that might not say something, that’s definitely what predators pick on.”

The student said he wanted to open up about his experience after several decades in support of Tisdale, but also to help himself heal.

“When I saw Todd’s story, it knocked me over,” he said. “It felt good to let him know that it was exactly like he said. There was no questioning it.”

In 2018, Tisdale filed a statement of claim against the school, claiming its negligence is what caused the ongoing alleged assaults.

“The Plaintiff states that the sexual and physical assaults, mental and emotional abuse, and resulting injuries thereof, were caused by the negligence, breach of trust and breach of fiduciary duty of Notre Dame,” the statement of claim reads.

In its statement of defence filed in January 2019, the school denies the allegations.

In April, Tisdale filed an amended statement of claim to add another defendant - a former student who is listed to have participated in the sexual and physical assaults against Tisdale.

Rob Palmarin, the current president of Athol Murray College of Notre Dame, declined an interview about the situation.

“Notre Dame confirms that in 2018, former student Todd Tisdale started a lawsuit in the Court of Queen’s Bench for Saskatchewan naming the College as a defendant,” he said in a statement. “He is claiming damages for abuse he is alleged to have suffered in the hands of other students while he attended the College.”

The statement said that because the lawsuit is still before the court, Notre Dame cannot comment further on the matter publicly at this time.

Tisdale said his life has been affected by the alleged assaults since they happened and that’s why he’s looking for the school to take accountability.

“They haven’t given me a phone call or sent me an email or a letter,” he said. “I realize that they’re trying to protect their image, but they have to be accountable for what happened.”

He said an apology would set his mind at ease.

“It would bring a lot of closure to this and what happened to me and so many other students there,” Tisdale said.

Canada pledged $50 million to prevent Ukrainian grain from going to waste on Sunday as Prime Minister Justin Trudeau committed to work with G7 nations on further measures to halt the famine caused by the Russian invasion of the embattled country.

David Cohen has been the United States' Ambassador to Canada since November 2021, and in the time since, both Canada and the United States have experienced a series of shared challenges. In an interview at his official residence in Ottawa, Cohen opens up about the state of the relationship.

Russian President Valdimir Putin was a target of mockery by leaders of the Group of Seven, as they sat around a table Sunday, commencing their three-day summit in Bavarian Alps, Germany.

Russia shattered weeks of relative calm in the Ukrainian capital with long-range missiles fired toward Kyiv early Sunday, an apparent Kremlin show-of-force as Western leaders meet in Europe to strengthen their military and economic support of Ukraine.

The latest on the G7 summit: The Group of Seven leading democratic economies has formally launched at its annual summit a global infastructure and investment partnership aimed at pushing back China's influence in the developing world.

Norway's prime minister and members of the royal family joined mourners at a memorial service Sunday at Oslo Cathedral for the victims of a shooting attack as the capital held its annual LGBTQ Pride festival.