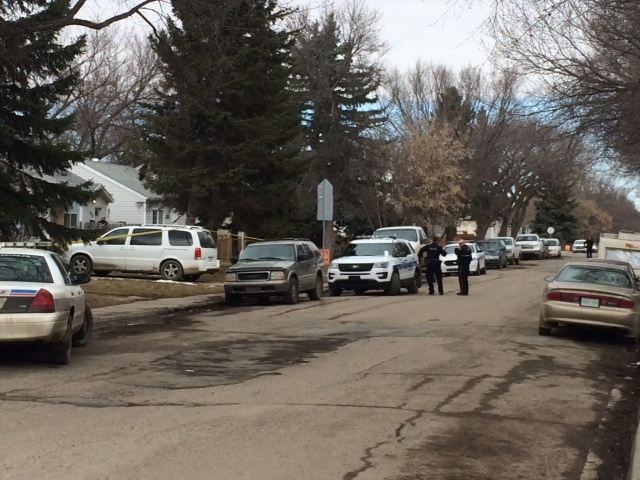 Police respond to a weapons call in North Central Regina on Tuesday, March 29, 2016.

A charge of second-degree murder has been laid in the death of a man who was found injured at a home in North Central Regina.

The victim has been identified as 56-year-old Andre Joseph Aubertin of Regina. His family has been notified of his death, which police now confirm is a homicide.

Around 11 a.m. Tuesday, police were dispatched to a weapons call and a report of an injured man at a house in the 1000 block of Princess Street. EMS transported Aubertin to hospital, where he was pronounced dead.

Jerid Cole Azure, 27, of Fort Qu’Appelle has been charged with second-degree murder in the death. He made his first court appearance Wednesday morning.