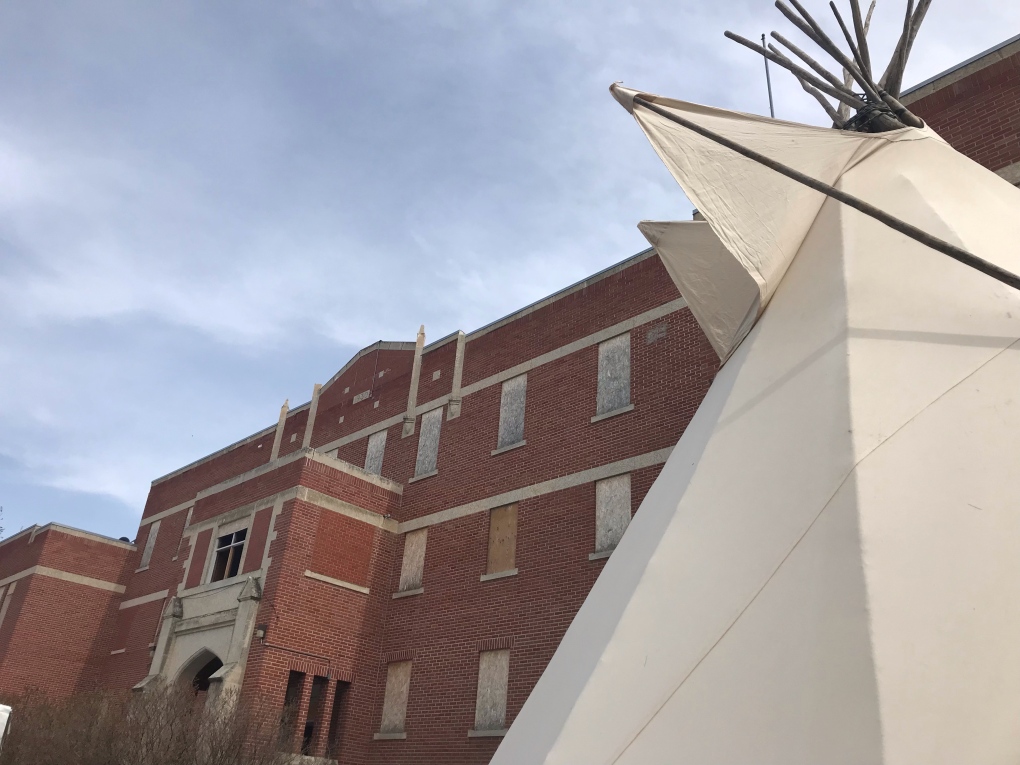 A tipi is set up in front of the former Muskowekwan Indian Residential School on May 9, 2022. (Gareth Dillistone/CTV News)

Nearly half of Saskatchewan residents said the responsibility for residential schools is split between the church, government and society as a whole, according to a recent Angus Reid Institute poll based on the Pope's recent visit to Canada.

Among the provinces, 47 per cent of those in Saskatchewan believe each group is equally responsible for residential schools.

This is consistent within the prairie provinces, with 49 per cent of Albertans and 47 per cent of Manitobans believing all factors are equally responsible.

The rest of Saskatchewan respondents feel the blame lies with a specific group. Seven per cent said society as a whole at the time is to blame, while 19 per cent said the Christian Churches in Canada, mainly the Catholic Church, are responsible, and 29 per cent blamed the federal government. 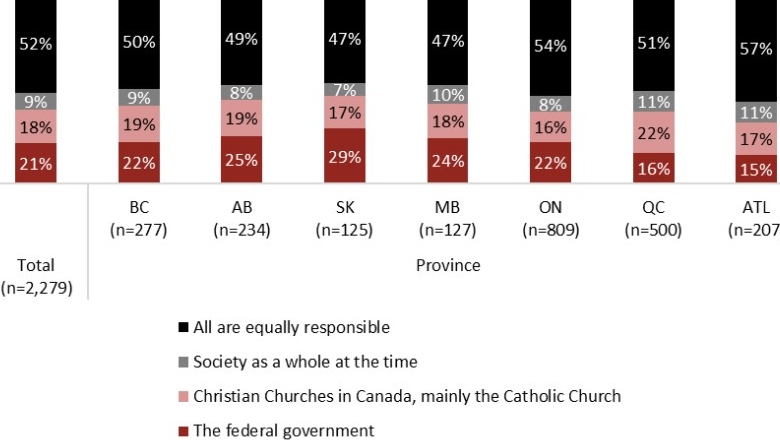 Nationally, the majority of Canadians believe the Pope’s recent visit to Canada was a step towards reconciliation.

At 40 per cent, respondents said the penitential visit and apology was a small step towards reconciliation while 18 per cent said it was a significant and meaningful step.

An estimated 150,000 Indigenous children were forced to attend residential schools in Canada from 1883 and 1996, with more than 60 per cent of those being run by the Catholic Church, according to the Angus Reid Institute.

When asked how to move forward, 58 per cent of Canadians polled believed more investigation into the history of the residential school system is necessary, while 42 per cent believe enough has been done and it’s time to move on.

Women polled higher than men on that topic, with 65 per cent believing more investigation is needed, compared to 51 per cent of men.

The survey was conducted between Aug. 8 to Aug. 10, 2022 among a randomized sample of 2,279 Canadian adults, which included 125 Saskatchewan residents.

Francois Legault has been elected for a second mandate as Quebec premier with a majority government. Within eight minutes of the polls closing across the province at 8 p.m. EST, CTV News declared Coalition Avenir Québec has secured a resounding win in the Quebec legislature.

LIVE | Following live: Quebec Election 2022 coverage and live results as they come in

After 36 days, the Quebec election campaign is now over and voters are heading to the polls Monday to choose the next provincial government. Follow along as CTV Montreal provides coverage of election day and the results when they come in.

CTV News has learned Prime Minister Justin Trudeau will be called to testify about his government’s decision to invoke the Emergencies Act in response to anti-mandate Freedom Convoy protests in February.

Toys 'R' Us has released a list of the top toys of 2022 ahead of the holiday season.

Appearing before the House of Commons Finance Committee on Monday, Deputy Prime Minister and Finance Minister Chrystia Freeland defended the government's response to Canadians' affordability concerns as 'focused' and fiscally responsible. With the passage of the GST rebate-boosting bill through the House all but a foregone conclusion, Freeland was peppered with questions from opposition MPs on a range of topics, including inflation.

Sport Minister Pascale St-Onge is once again calling for change in Hockey Canada's leadership in the wake of new allegations against the troubled sporting body.

A new project called '4000 Cover Stories' is re-imagining the stories of missing and murdered Indigenous women and girls in Canada with the front-page prominence their families feel they deserve, with advocates planning to deliver the massive newspaper to the prime minister.