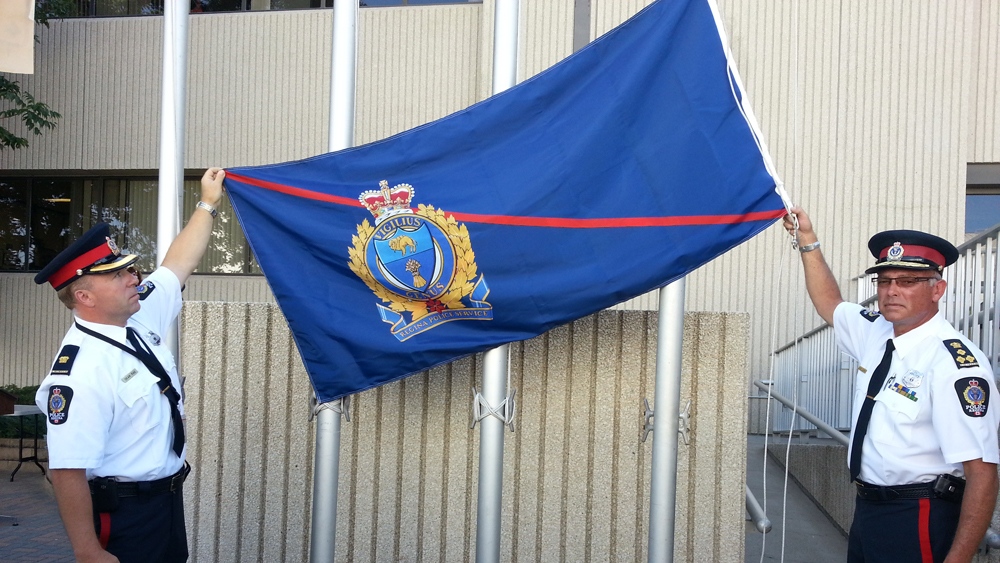 The Regina Police Service unveiled a new logo as the force celebrated its 120th birthday Thursday.

The new crest incorporates the police service’s coat of arms; the Latin words “vigilius genus,” (a most vigilant breed); a prairie lily and the Canadian flag.

It will be displayed on the hats and shoulders of officers, as well as on police vehicles. The new insignia will also soon be fixed to the front of the police headquarters building.

Regina Police Chief Troy Hagen says the new logo has been well received by members of the force.

“I think the new look is refreshing,” Hagen said. “It demonstrates that the organization is not sitting still.”

The new look is part of an overall re-branding strategy for the police service. The initiative is estimated to cost somewhere between $20,000 and $30,000.