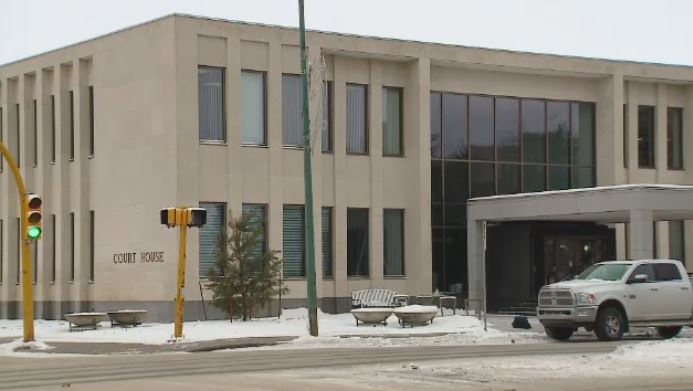 Saskatchewan’s highest court has ordered a new trial for a woman accused of having sex with a 14-year-old friend of her teenaged children.

The Crown appealed after Barbara George was acquitted of sexual assault and sexual interference charges involving the boy, who is identified as “C.D.” in court documents.

The charges were laid after George applied to become a member of the RCMP. One of the questions on the application form asked whether she had ever engaged in sexual activity with a person under 16.

George responded “yes” to the question in the RCMP application, and provided the explanation that “he was extremely mature. We had a connection. I was very lonely. It happened once. It was so wrong and I regret doing so.”

A Queen’s Bench trial judge found the sex was consensual, and that George believed the boy was 16. The judge also ruled that the Crown had failed to prove that George didn’t take all reasonable steps to determine the boy’s age.

But in a recent decision published online, two of three Court of Appeal justices found the trial judge erred in his analysis. The third judge concluded it wasn’t clear, based on the Crown’s submissions, what further steps George should have taken to ascertain the boy’s age.

The trial heard that George was separated from her husband and lived in an apartment with her son, then aged 17, and her daughter, who was 15. George also had two younger children.

George, who was 35 at the time, met C.D. when her daughter introduced him as a friend of her boyfriend. Over the next few months, the boy became friends with George’s son and he was at the apartment numerous times while she was present.

On the night of the alleged incident, George asked her son to have his friends come to her apartment so they wouldn’t be out drinking and driving. The gathering included George’s son, his ex-girlfriend, C.D., and two other teenagers. George’s daughter was also at the apartment, but mostly stayed in her room or with her mother.

George testified that she didn’t have much interaction with the young people during the party. She stayed in her bedroom, except to go to the washroom, get a drink of water or go to the balcony for a cigarette. She wasn’t drinking alcohol and was aware that C.D. was not drinking either.

As the party started to wind down around midnight, most of the young people went home, passed out or fell asleep, but George’s daughter and C.D. were still awake. When the daughter went into George’s bedroom to speak with her, C.D. tagged along.

George’s daughter eventually left the bedroom, but C.D. stayed and talked with George. The talk evolved into a sexual encounter.

The trial judge found George honestly believed C.D. was at least 16 years old. He noted in his decision that the boy smoked, had a “cocky, callous attitude” toward the sexual encounter, and associated with boys the same age as George’s 17-year-old son.