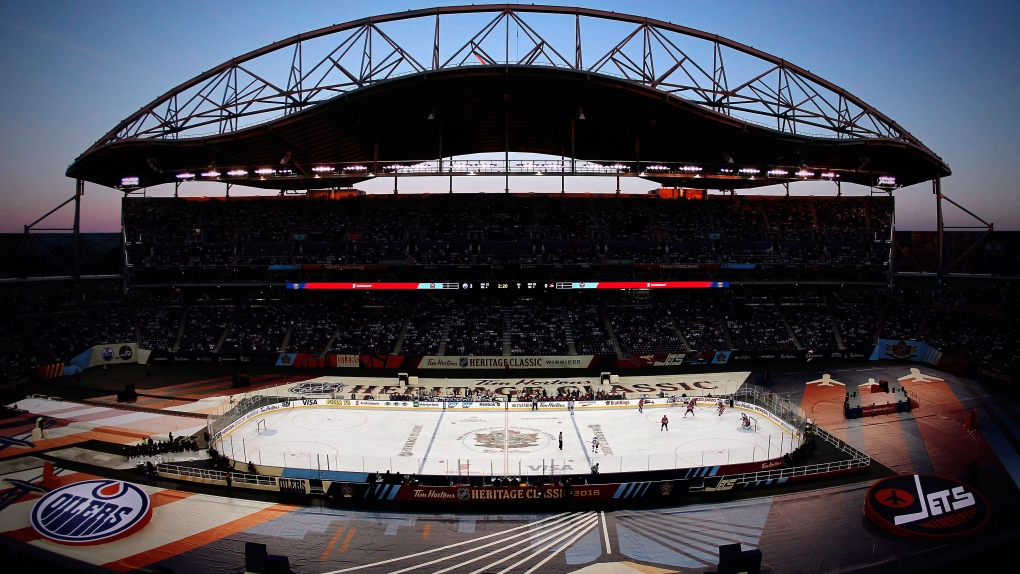 Most outdoor rinks just require a garden hose, some flooding and of course patience, but that’s not the case for the crews preparing the rink for the NHL Heritage Classic.

Mosaic Stadium prepares to host over 33,000 fans for the National Hockey League (NHL) Heritage Classic, so the rink will require a few more components.

Derek King, the NHL’s Senior Manager of Facilities Operations, and his crew of almost 100 arrived in Regina on Tuesday to begin preparations.

“We all walked around this morning, kind of got the lay of the land and took it all in, but once the trucks started arriving, it’s time to get to work,” King said.

King is working his 16th outdoor game. He said the biggest challenge is unpredictable weather. The forecast Tuesday was cloudy, ideal conditions for ice making. However given the magnitude of this game, the NHL crew is prepared for any weather thrown at them.

The NHL designed and built a one of a kind mobile refrigeration unit and rink system. King admitted the forecast won’t really matter.

“Weather doesn’t really play a factor with the ice plant that we have. The cloud cover is going to be great when we’re building the ice, but if it’s a warm day, we’ll use the plant to cool the floor and we’ll adapt to what Mother Nature gives us,” he said.

The mobile unit, which looks like a semi-truck, was parked outside Mosaic Stadium at the south end. Ideally, the surface temperature of the ice will be -six degrees celsius, and King said they’ll be monitoring it around the clock.

“We’ll throw sensors in the ice so we’ll actually know the ice temperature itself. If it does get too cold, we’ll basically shut the truck down and we have a heater that’s in line, we’ll actually heat the system,”

The rink won’t take shape until Friday, when they put the boards in place. Later that evening, King and his crew will begin making the ice which will be done on Oct. 24, two days ahead of the game between the Calgary Flames and the Winnipeg Jets.