No charges for driver involved in Albert St. collision that killed woman 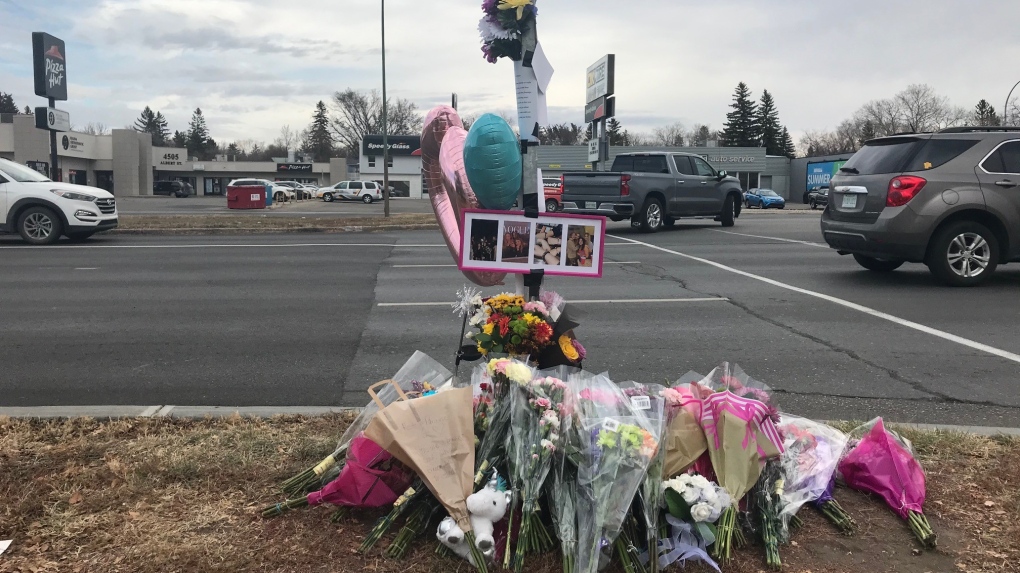 A roadside memorial sits near an Albert St. crosswalk where a woman was fatally struck by a vehicle on Wednesday morning. (Stefanie Davis/CTV News)

REGINA -- The driver involved in a collision that killed a 21 year-old Regina woman will not face charges, Regina police said on Tuesday.

The incident took place at the 4500 block of Albert Street at 7:43 a.m. on Nov. 4. EMS confirmed the woman was dead at the scene. The vehicle involved was a City of Regina excavator.

“After consultation with the Crown, investigators have concluded that the collision was not the result of a criminal or unlawful act.  Investigators have met with the victim’s family in order to answer questions and explain the processes in the investigation that led to this conclusion,” Regina police said in a news release.

The incident sparked a conversation about pedestrian safety in the area. The City of Regina announced it will install a new pedestrian corridor at the intersection of Albert Street and the South Service roads.

The corridor will include illuminated crosswalk signs, pedestrian poles and push buttons, and lighting to improve pedestrian visibility to drivers.