No injuries in semi crash on Highway 1 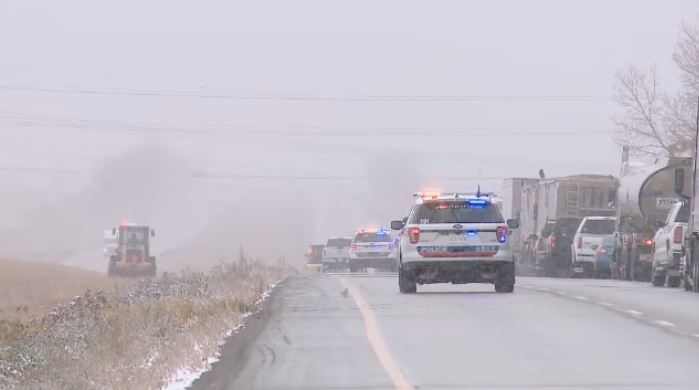 No one was injured after a semi-truck crashed into some trees on Highway 1 near Moose Jaw on Tuesday morning.

Police were called to the highway about six kilometres east of Moose Jaw around 10:35 a.m. According to RCMP, the semi veered off the highway and hit some trees in the north ditch. The semi then crossed the highway again and ended up in the south ditch.

Police say some of the semi’s contents spilled onto the highway. It wasn’t carrying anything hazardous.

Officers had one lane blocked while RCMP cleared the highway. No injuries were reported.

According to the RCMP, a light-coloured SUV, possibly a Ford Edge, may have also been involved in the collision. Anyone with information is asked to contact Moose Jaw RCMP at 306-691-4670.