REGINA -- The province of Saskatchewan is reporting no new COVID-19 cases on Tuesday, along with 14 new recoveries.

The province still sits at 646 cases. Of those cases, 33 are considered active. This is the lowest case number since March 20.

It has also been exactly two weeks since the start of phase two of the Re-Open Saskatchewan plan, which allowed retail stores and some personal services to return to work.

There have been a total of 602 recoveries in Saskatchewan to date.

Two people are in the ICU in Saskatoon. 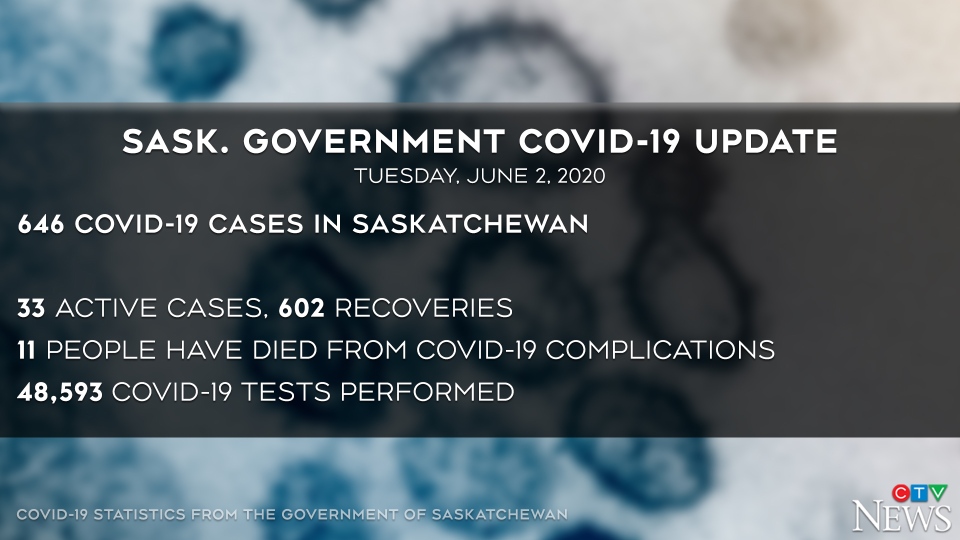 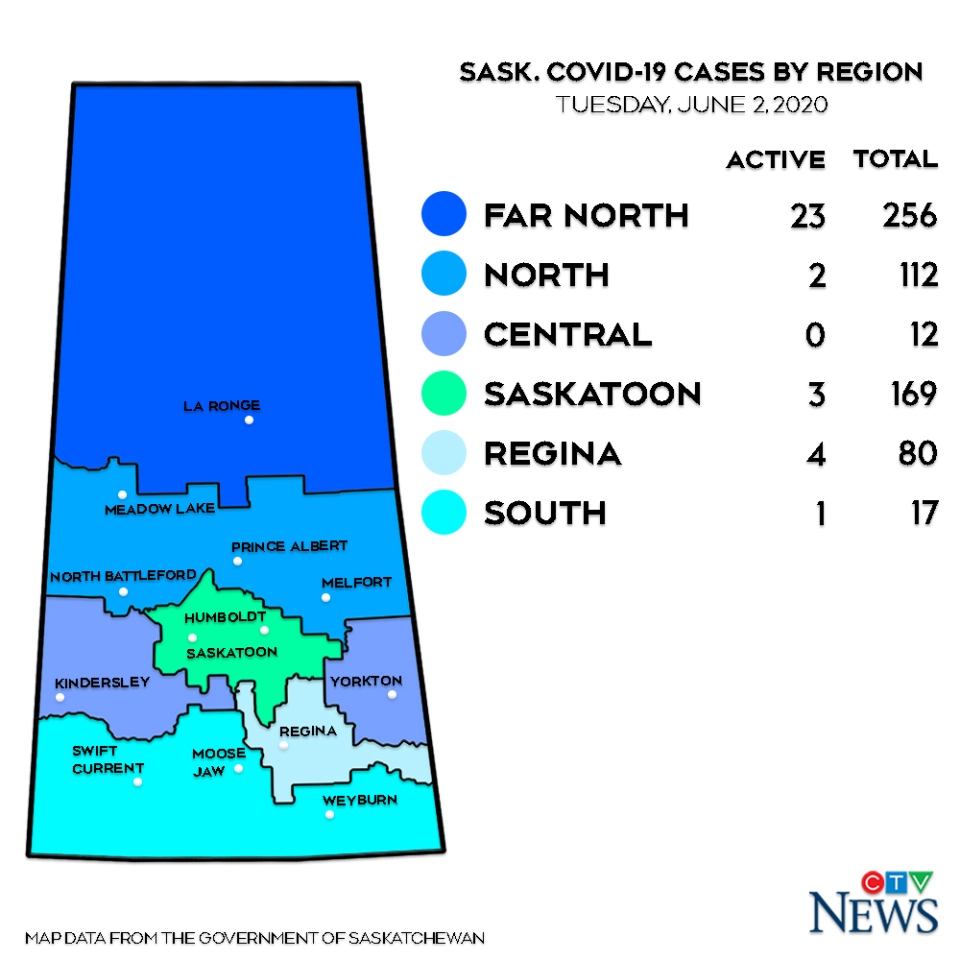 Of the 646 cases in Saskatchewan, 142 are linked to travel, 384 are from community contacts, 77 have no known exposure and 43 care under investigation.

There have been 51 cases in health-care workers, the province says.

A total of 11 people have died from COVID-19 complications in Saskatchewan.

Travel restrictions into northwest Saskatchewan will be lifted on June 8, the province says.

Travel will now be allowed in and out of the area, as well as between communities.

Phase one and two of the Re-Open Saskatchewan plan will begin in La Loche on June 8. All other communities in the area are in the second phase of the plan.

Outdoor gatherings can increase to 20 people starting June 8 in the northwest, however phase three will be delayed in the region until further notice.

The Saskatchewan Health Authority has been working on new guidelines to increase visits to long-term care homes in the province.

Speaking Tuesday, Saskatchewan Premier Scott Moe said he recognizes that this has been a difficult time for people living in long-term care.

“We understand how lonely and heartbreaking it must be for seniorS who have been isolated from their family and their friends for a number of weeks,” said Moe.

Moe said these new guidelines will be outlined on Wednesday.