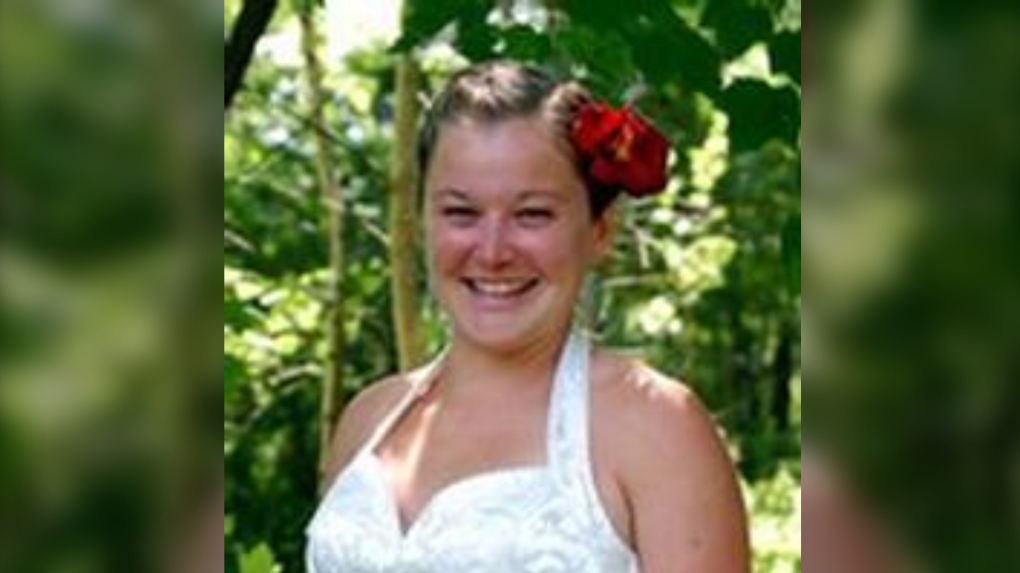 REGINA -- Jason McKay took the stand on Thursday in his own defense.

McKay is charged with second-degree murder in the 2017 death of his wife, Jenny.

The defendant described his relationship with his late wife as “very good other than drinking as our downfall”.

Jason said the heavy drinking for “days on end” lead to fights. When asked how he handled these fights he said he tried to be there for Jenny, but eventually “gave up”, after being diagnosed with depression.

Defense lawyer Thomas Hynes showed Jason a photo of pills he takes to “help him sleep” followed by two photos of pills he takes in the mornings for his depression. He started these pills in June 2017 and said he was consistent with taking them. He admits he missed his pills on occasion, but said they made him feel like he was “in a dream”.

When asked if he and Jenny had plans for the future, Jason said they wanted to move to Halifax to be closer to Jenny’s family.

“I did not willfully kill my wife but I do believe I took part, or am responsible.” Jason McKay said on the stand. #yqr

As questioning from Hynes continued, Jason shared that Jenny was supposed to work on Sept. 5, 2017. Jason said she was worried because she had been on a “runaway” the week before. Jason described a runaway as drinking for “days on end”.

Jason testified that Jenny called him to say she got fired on the evening of Sept. 5. He came home from work and met Jenny in the backyard.

Jason says Jenny handed him a Twisted Tea in the back yard. He says he told her that “this is the problem”. She told him not to start, and they began drinking together and shared a smoke.

Jason said he remembered walking to a liquor store with Jenny to purchase a bottle of wine, which was corroborated by security camera footage obtained by Regina police. Jason testified that they returned home, poured a couple glasses of wine and he took a sip. He said that this is the moment he blacked out completely.

Jason said he awoke lying on the floor. Jenny was on top of him and he was holding her wrists. Says she was “holding a dagger” which he describes as a long jagged blade that he had never seen before. He described blacking out again.

This time, Jason said he awoke on the floor again, not knowing what time it was. He looked to his right and saw Jenny on the floor. He said there was no blood in the room. Jason said he started to hear voices in his head that were telling him to kill her.

Jason said the dagger was next to Jenny. He crawled over to her, says he can’t control it and feels his body being pulled toward her. “I grabbed the dagger and stabbed her twice in the neck.” #yqr

He clarified that at this point he was seeing two of Jenny. Jason testified that Jenny in the chair looked at him, before looking at herself on the floor. Jason said here he blacked out for a fourth time.

When he awoke he could still see two of Jenny. Jason said neither of the Jenny’s are injured at this point. He described that the voices in his head said “kill her she has no heart”.

Jason testified that he went toward Jenny and stabbed her in the heart.

He said after he stabbed Jenny in the heart, two men and a woman came through the door wearing dark clothing. Jason testified that the woman said “D-O-A” several times before exiting. Jason said at this point Jenny was not present, and he does not recall any blood.

Jason says his next memory is waking up in cells. #yqr

When asked if he meant to kill Jenny Jason said he did not. “Ever since I got diagnosed and started these pills it’s been nothing but hell for me,” Jason said.

“Forever remorseful, forever regarettable,” Jason says when asked how he feels about what happened to Jenny. Said the meds he’s on now make him feel like he has no emotions and is just simply “there”. #yqr

Crown Prosecutor Adam Breker referred to the transcript of Jason’s interview with police on Sept. 6, 2017. He said Jason told police the last thing he remembered was taking a sip of wine with Jenny on Sept. 5, and made no mention of the memories he had in between blackouts. Jason said that what he said under oath is what he remembers.

Crown is asking Jason if his last memory was having a sip of wine with Jenny. He says yes. Crown is suggesting his last memory occured before 8:30 p.m. on the evening of Sept. 5 2017. Jason isn't sure. #yqr

“Nothing seems real after that,” Jason said, referring to the sip of wine.

Breker pointed out that, according to the video recording of Jason’s interview with police, he didn't mention the dagger, the voices in his head, crawling toward Jenny or stabbing her in the neck and heart.

Breker said that Jason was not informed by police that his wife was dead or that a murder had taken place. The Crown points to the fact that Jason did not ask police where his wife was.

Breker suggests he doesn’t ask where Jenny is because he knew she was dead and that he killed her. Jason simply says “no”. #yqr

“The last three years have been hell I just tried to stand by her and get her help. She wouldn’t do counselling, wouldn’t go to rehab,” Jason is heard telling to police the video of the interview.

Breker asked if Jason knew Jenny was dead at the point of the interview, Jason said he did not. Jason offered a number of points to the police about Jenny and her drinking without being prompted.

The details he told police include Jenny going on binges, staying in hotels for days to drink, refusing to go to rehab. The crown is pressing him about why he brought all of this up unprompted if he didn’t know Jenny was dead. Breker says Jason failed to bring up his own drinking

The Crown asked Jason why he offered all these details if he didn’t know she was dead. Jason said he has no memory of his interview with police.

“You were trying to paint yourself as a sober victim,” Breker said. Jason replies that he has his issues too. Breker said he didn’t seem keen to offer details about his own issues to police. Breker now asking if Jason’s alleged blackout lasted into the morning of Sept. 7. #yqr

The defense anticipates being able to close its case tomorrow, after expert witness finishes testifying.