'One-of-a-kind skating experience': Here's how a Regina lake was transformed into a regulation hockey rink

For the first time ever, Saskatchewan’s most popular lake is home to a regulation-size hockey rink.

The idea for the Rink on Wascana, located near the legislative building on Regina's Wascana Lake, was three years in the making.

Ryan Whippler, the acting CEO for the Provincial Capital Commission, said crews had to start with environmental testing to ensure the specific area of the lake was safe to use.

“Once we got the green light on that, it started with construction and production of the ice,” he said. “It started with our maintenance team. Their first step was testing the ice to make sure it was at least 19 inches thick.”

Crews then cleared snow off the area and began flooding the rink.

Boards, lighting, washrooms and a warming shelter were also installed at the site.

Whippler said it took about two weeks to complete from the first time crews went out to begin clearing the surface.

“The ice rink will be checked by our maintenance staff every single day to make sure the ice thickness is there. They’ll scrape it as needed and will be flooding it probably every two to three days,” Whippler said.

A team of four to six people will use pumps and lake water to flood the surface. 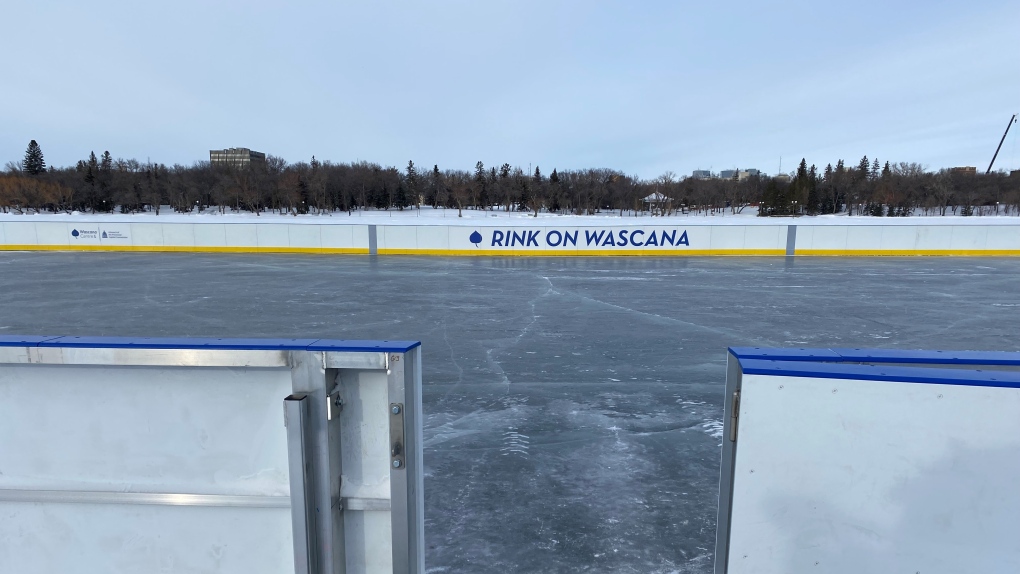 Don McMorris, minister responsible for the Provincial Capital Commission, said the rink is just one more tool to draw visitors to Wascana Park throughout the winter.

“This is a $200,000 investment which hosts a world class NHL-size rink,” McMorris said. “The Rink on Wascana will provide a one-of-a-kind skating experience with the background of our very own Legislature, which is a great photo op.”

When the rink opened on Thursday, members of Skate Regina were some of the first to test the ice.

“It’s really nice to have sunshine. We’re not used to having the sun shining on us while we’re skating. We’re usually indoors with no windows, so it’s fun. It’s a different experience, that’s for sure,” Garrett Gosselin, a member of Skate Regina, said. “It’s a good way to embrace the winter and to keep community activities rolling, because we really need that throughout the winter.” 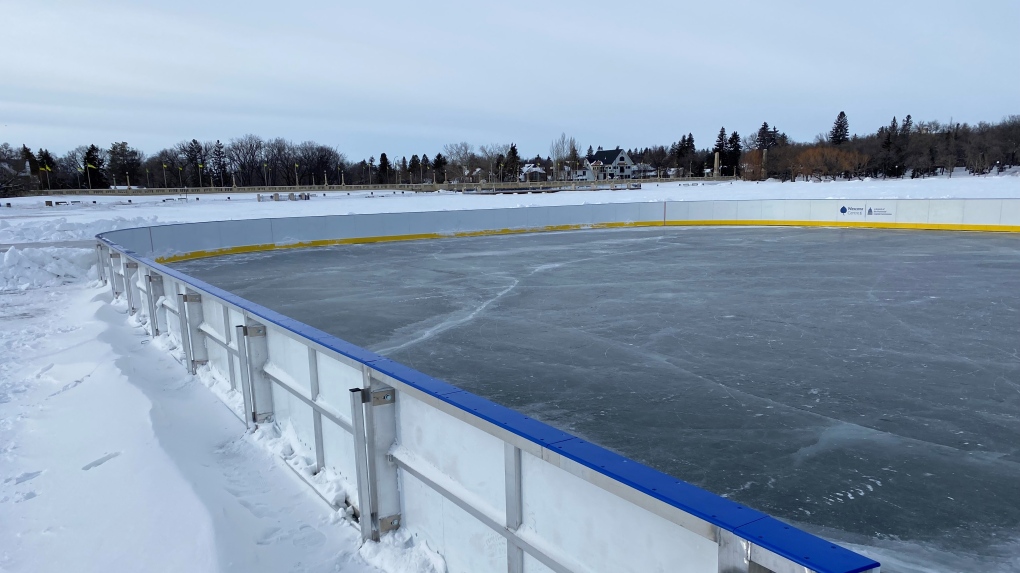 The Rink on Wascana will act as one hub for Regina’s upcoming Frost Festival.

The festival is mostly outdoors and features a number of winter activities, exhibits and music around the city.

As Omicron cases continue to surge across Saskatchewan, festival organizers say they are keeping a close eye on case numbers and are keeping in touch with local health officials.

“The risk of COVID-19 is as high as it’s ever been and Omicron is certainly in our city. We’re seeing cases rise and we’re seeing that put a strain on our healthcare system,” Tim Reid, co-chair of the Frost Festival, said. “We should be prepared for potential changes around health orders. Even if that doesn’t happen, we should do everything possible to augment not only our public service advisories, but our masking and physical distancing.”

Reid said at this point, the Frost Festival is still going ahead as planned.

It is scheduled to run from Feb. 4-13, with events and activities at Wascana Park, Evraz Place, Regina’s Warehouse District and downtown.

A day after Maple Leafs star Mitch Marner was robbed of his Range Rover at gunpoint outside an Etobicoke movie theatre, Toronto police said they have already seen more carjackings so far this year than they did in all of 2021.

Many Canadians feel gun violence getting worse in their communities: poll

Many Canadians say gun violence is increasing in the communities they live in, with residents in major cities and the country's largest provinces mostly reporting such views, according to a new survey from the Angus Reid Institute.

OPINION | Don Martin: Ford on cruise control to victory in Ontario while Alberta votes on killing Kenney as UPC leader

It's becoming a make-or-break week for two Conservative premiers as their futures pivot on a pair of defining moments, writes Don Martin in an exclusive opinion column for CTVNews.ca.

U.S. authorities on Monday announced the discovery of a major drug smuggling tunnel -- running about the length of a six football fields -- from Mexico to a warehouse in an industrial area in the U.S.