NEAR LEBRET -- Summers off from school mean a week away at camp for many kids, but with COVID-19 not allowing overnight camps to run, Camp Monahan on Lake Katepwa has closed its gates for the season.

“We decided early on even if over-night had been able to open, we wouldn’t be opening,” said Lisa Marcotte, one of the camp’s co-directors. “With any kind of social distancing that’s in place, we don’t feel we can really be true to what camp is about. Keeping our distance at camp would be very challenging.”

Even with day camps being permitted by the provincial government during phase four of the Reopen Saskatchewan plan, Camp Monahan felt it would not be economic for them to run camps this year.

“Right now we have probably lost about $120,000 worth of camper revenue,” said Chad Marcotte, another co-director. “So this year, without that camper revenue, it means we have less money to spend on some of the projects we do have or would like to do this summer.”

The camp has been able to receive some money from government grants to help pay for some projects this summer.

Using a seemingly grim situation for good, the camp is receiving some needed upgrades to amenities such as plumbing and roofing.

“Really what we’re looking for more or less is skilled labour,” Chad said. “Anybody out there who is interested in coming out to camp and volunteering, plumbers or electricians, carpenters.” 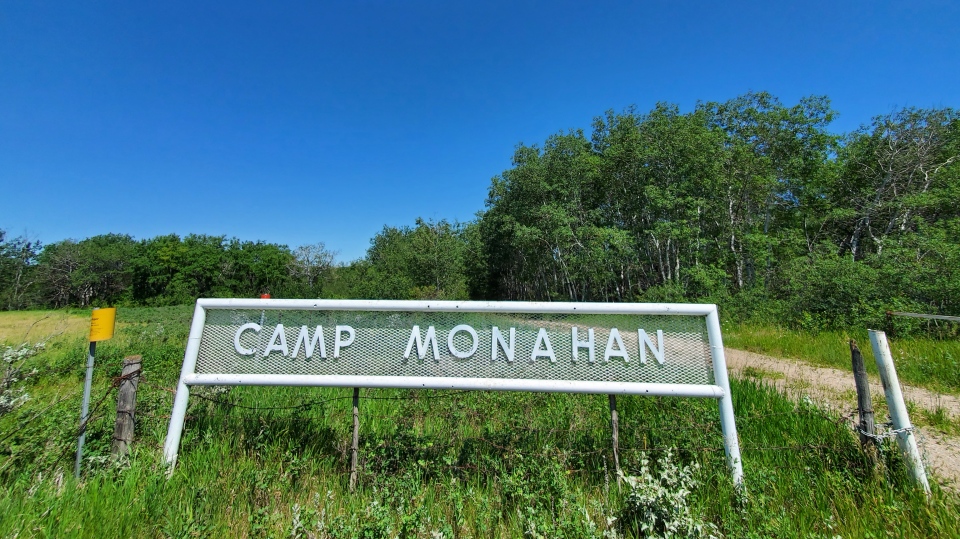 Camp Monahan has also created an at-home experience for campers with ‘Camp in a Box’.

“It is kind of a fundraising opportunity for us and it’s a way for campers to be involved with camp,” Lisa said. “So they’ll receive a box that has some activities and some opportunities to connect with staff.”

As reopening continues, the camp is hoping to have a few day camps or open its property for rentals to community groups. They want to create a welcoming environment for campers and staff moving forward.

“This is a good year to focus on the community of Camp Monahan,” said Chad. “We want to stay connected and we want people to be more involved in Camp Monahan.”

The camp has also requested donations of supplies on top of installation help.