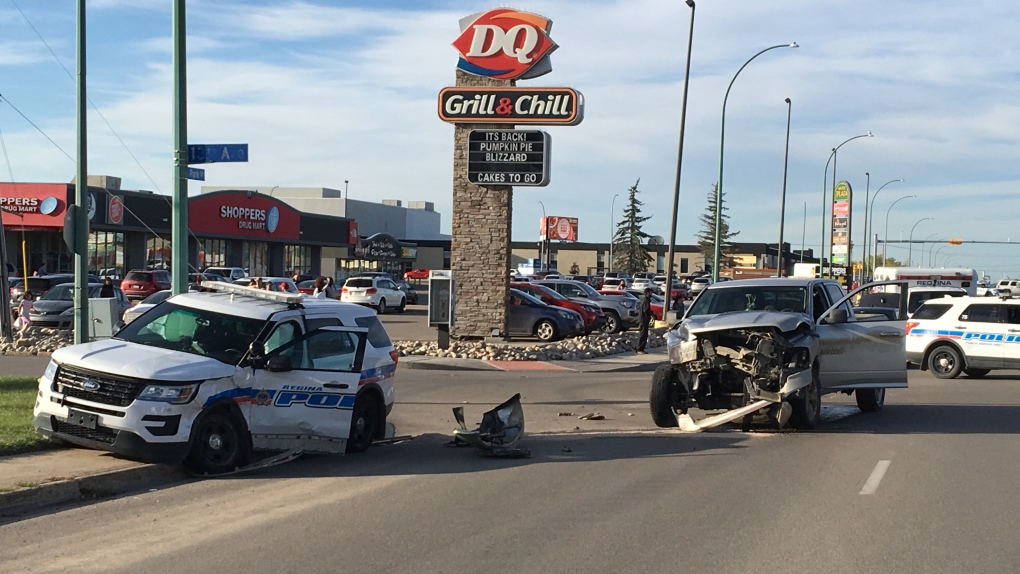 Emergency crews were on the scene of a collision involving a Regina Police Service cruiser early Friday evening.

Shortly after 5 p.m. crew were called to the area of Park Street and 13th Avenue East. It appeared that the truck had collided with the police cruiser, and airbags in the RPS vehicle were deployed.

Both vehicles had one occupant at the time of the crash.

According to police, the marked cruiser was heading south bound on Park St. when it was hit by the truck, which was moving west on 13 Ave. East trying to cross over onto Park St.

Traffic was  restricted from Victoria Avenue to 14th Avenue East, but the scene has since been cleared.