REGINA -- Paleontologist Emily Bamforth wasn’t expecting to find evidence of sea turtles from millions of years ago, in the land-locked modern day prairies.

The discovery was a surprise to Bamforth, who initially misidentified the rare artifact. According to her, this is the first instance of a sea turtle from the late Cretaceous period and one of the northern-most occurrences of sea turtles in North America.

“This is one of the very first sea turtles that’s ever been found in the province,” Bamforth told CTV News. “It doesn’t look like much but it’s really scientifically significant.”

Bamforth is a researcher at the T.rex Discovery Centre, located in Eastend, Sask., in the heart of Cypress Hills. The community, well-known as the home of the worlds largest T.rex ‘Scotty’, is surrounded by deposits rich with fossils going back millions of years.

Bamforth recovered the fossil in 2016 at a dig site near the hamlet of Herschel, Sask. She misidentified it, based on the smooth appearance of the outer shell. 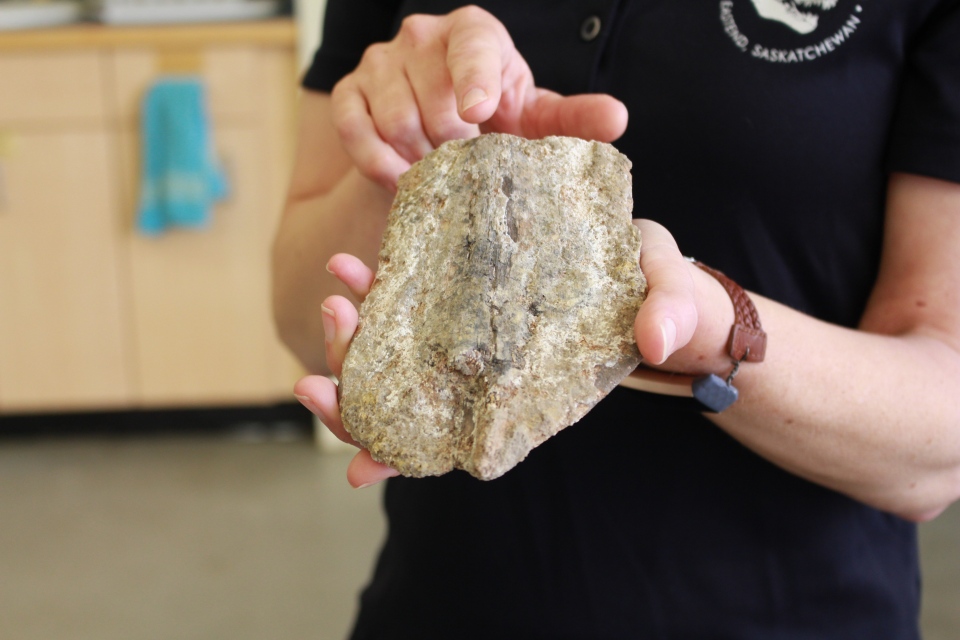 It wasn’t until she recognized a partial rib bone, fused to the interior of the shell fragment, that she was able to properly identify the sample as a sea turtle.

According to Bamforth, it's common to see ribs attached to the inside of shells when analysing prehistoric turtles.

During the late Cretaceous period, approximately 100 million to 66 million years ago, most of the land recognized today as the province of Saskatchewan was underwater.

The Western Interior Seaway stretched from the Gulf of Mexico to the Arctic Ocean, effectively splitting North America into halves. The western half of North America, its own micro continent known as Laramidia, was home to an array of prehistoric life. 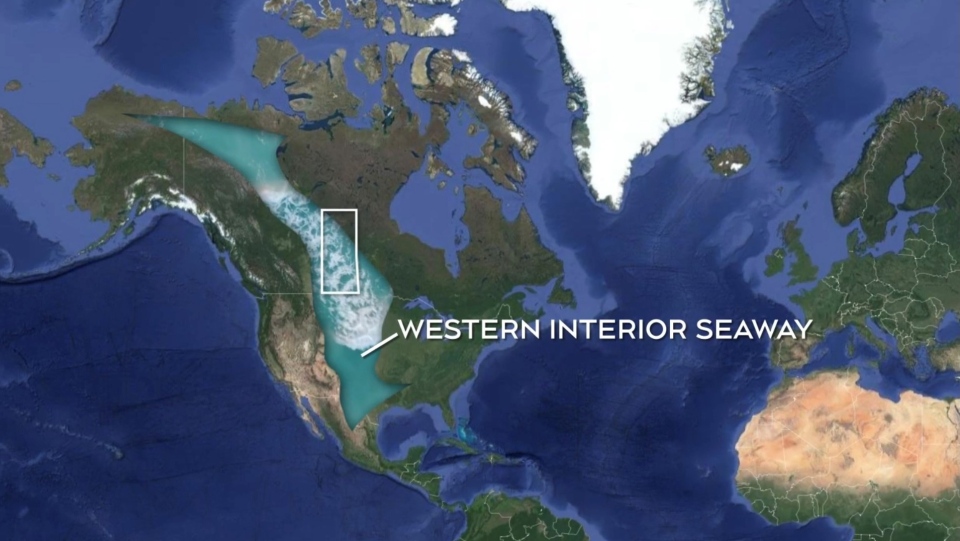 In this period, Saskatchewan was home to marine life, specifically large predators like plesiosaurs and mosasaurs, but rarely sea turtles.

“We’re really excited to find them because they actually are very rare in Canada,” she said.

Bamforth mentioned it was more common to find these sea turtles in the southern part of the seaway, closer to the Gulf of Mexico.

“You can look at this vast, expansive prairie and then when you tell people that this used to be covered by a shallow, inland sea they kind of look at you like ‘Really? It wasn’t always like this?’” Jack Milligan, paleontology student at the University of Saskatchewan, said.

Milligan is learning with a team of his peers at the T. Rex Discovery Centre. He said he feels Saskatchewan is an understudied place, when compared to other areas within Canada.

“I’m really hoping to be on the forefront of kind of a new age of paleontology in Saskatchewan where people from all over the world can come through the centre here in Eastend and see what we have,” Milligan said.

Saskatchewan would be an ideal host for researchers from around the world, Bamford said, because it’s the home to some of the “most productive fossil sites in the province.”

Down the road a few minutes from the centre, the bones of hundreds of brontothere are preserved. The Cypress Hills region also has some of the richest deposits of triceratop fossils in the country.

HISTORIC DISCOVERY IN THE REGION

The largest Tyrannosaurus rex in the world was discovered in the area by a team of paleontologists who worked to remove the 67 million-year-old skeleton from the rock encasing it. 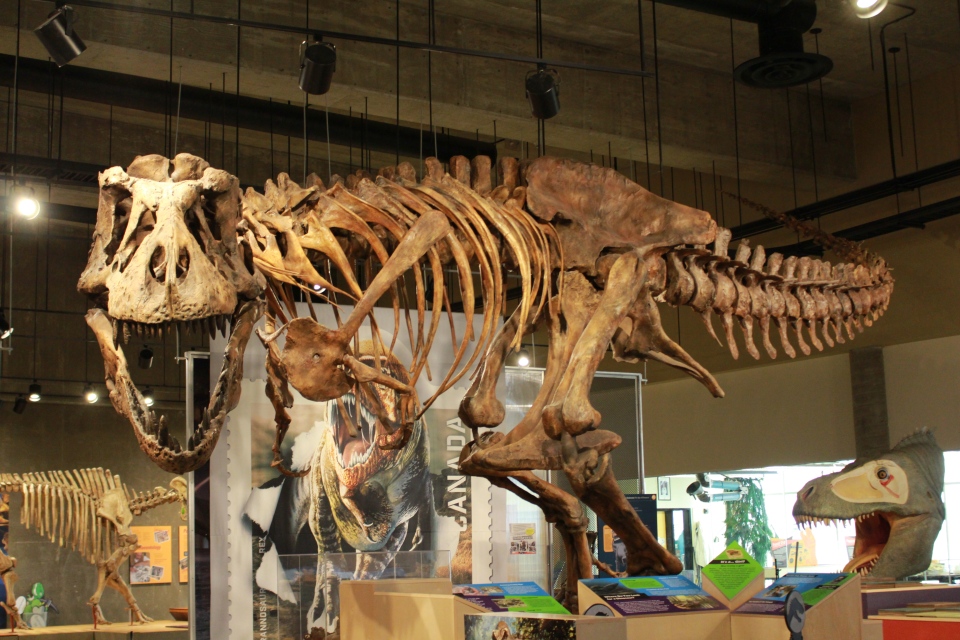 ‘Scotty’ was named after the celebratory bottle of scotch used to toast the find. The dinosaur had a skeleton about 13 meters long and weighed more than 8,800 kilograms.

First discovered in the early 1990s, Scotty was encased in sandstone that took years of work to remove.

Scotty’s skeleton offered clues to experts about the harsh reality that even massive predators had to deal with during that time period. Scotty is known to have bite marks, broken ribs, an infected jaw and other injuries that would have been from other T. rex dinosaurs.