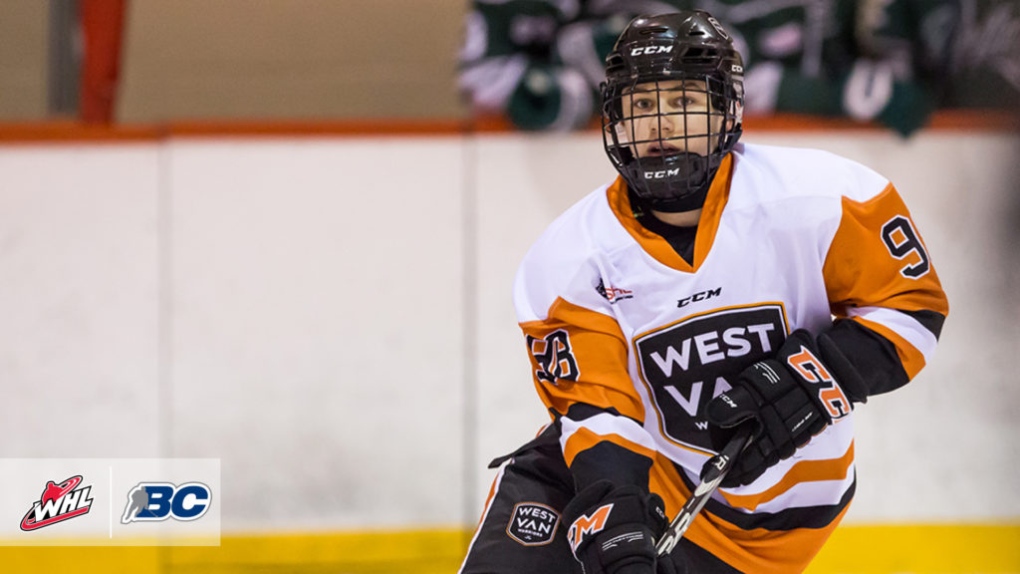 REGINA -- One of the most promising off-season additions to the Regina Pats is heading to Sweden.

Connor Bedard, the first player in WHL history to be granted exceptional player status and compete at 15 years-old, will be joining the HV-71 junior team in Jönköping, in southern Sweden.

“It’s a really good development opportunity. It’s pretty cool for me as a person as well, and I want to be as prepared as I can, for when the WHL starts,” Bedard said, from his home in North Vancouver.

Bedard has been in talks with the HV-71 for weeks, but was already familiar with the club. Had the West Van Warrior not been granted exceptional player status in the WHL this season, Bedard would have considered playing in Sweden this year.

“I think that push by him to want to continue to improve at the rate that he’s been improving is a good idea,” Paddock said.

Paddock noted there was no official release needed because Bedard isn’t playing games.

“John and Dave [Struch], they know some guys over there so they know what the training is going to be like,” Bedard said. “They were definitely really excited and thought it was going to be a great opportunity.”

Bedard won’t be competing with HV-71, just training. Paddock admitted his first reaction to the idea was to be concerned for Bedard’s safety, but he came around to the idea.

“There’s no downside to it,” Paddock stated. “It sort of irks or worries you because we’re talking about a player that’s been granted status, but really, you can get hurt playing anywhere, practicing anywhere.”

The team, HV-71, is named for the merger between clubs Husqvarna and Vätterstads in 1971. The professional team plays in the Champions Hockey League. The team in Jönköping has two junior teams, and Bedard, born in 2005, will be playing with the 03-04 junior squad. The club produced former Regina Pats forward Filip Ahl.

“My understanding is there’s probably seven or eight players that are on the national U18 team that are in this organization where he’s going to practice,” said Paddock.

The Swedish team will be sending the Pats practice videos and training details to keep everyone in the loop on Bedard’s progress. Paddock thinks learning a different style of international play with the same development goals could be a major benefit.

Bedard says his first priority is to play in the WHL, but put himself in the best positions to improve in the meantime.

“Hoping to be back in November to be in Regina, but obviously we don’t really know for sure what’s happening,” Bedard said.

And the promising hockey player still can’t believe the irony of his exceptional situation.

“You kind of think sometimes ‘why this year?’ But I think me not being able to play is one of the lower concerns of this whole thing,” said Bedard.