Pense, which is roughly 30 km west of Regina, is one of four finalists in this year’s Kraft Hockeyville contest.

“I hope all the western people vote for us. I mean, we’re the only ones out this way,” said Garrett Small from his truck in town on Monday.

Pense is the only town west of Quebec to make the final.

Twillingate, N.L., Saint-Felicien, Que. and Tyne Valley, P.E.I. are the other three vying for the huge prize purse and an NHL game.

“We need all the money we can get to replace the piping system and re-level the ground once those pipes are out because it’s shifted a bit overtime,” said Graeme Crosbie, a member of the Pense Memorial Rink board

Crosbie said he had the idea of submitting an entry to Kraft Hockeyville.

“We were watching our two four year olds play hockey out here and thought, have we ever considered Kraft Hockeyville?” laughed Crosbie.

The rink brine pipping has a 20-25 year life expectancy.

However, since the rink was rebuilt in 1989 following a fire, the pipping has never been replaced. 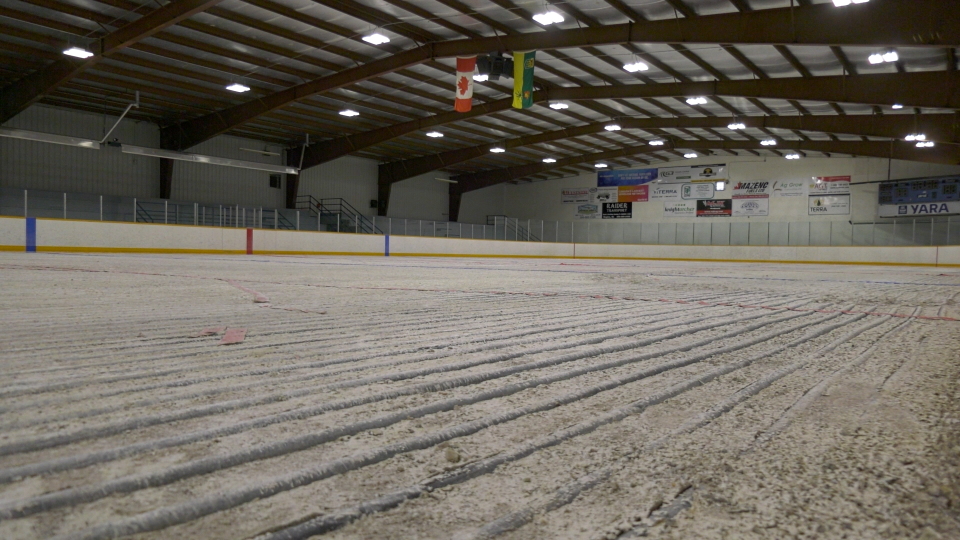 “For a town of 500 people to get a quarter of a million dollars to put towards rink upgrades would be amazing,” said Crosbie.

In a promotional video, Anaheim Ducks forward Ryan Getzlaf talks about being proud to be from Saskatchewan, and how he played in the Pense arena many times.

However, in the 13-year history of the contest, a Saskatchewan town has never won the top prize.

“There’s been some really strong contenders that have come from this province that have never won,” said Crosbie. “It seems a bit of a shame that we produce per capita the most NHL players of anywhere in the world and we don’t have a Hockeyville champion.”

The winner will be determined by online votes, which start at 7 a.m. on Friday.

Voting closes just before Hockey Night in Canada on Saturday, and the winner will be announced during the first intermission on live TV.

Pense thinks they’ve found a secret recipe to win the dough. His name is Noodle Boy.

“He’s a bit of an enigma. He comes out when he’s needed,” said Bevan Harlton, the personality behind Noodle Boy. 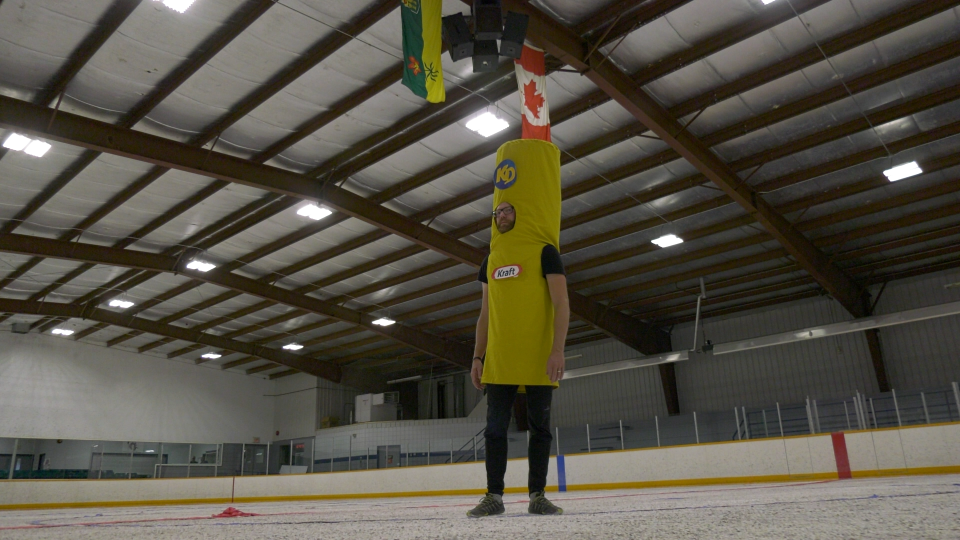 Bevan Harlton is the personality behind Noodle Boy. (CTV Regina)

Harlton says together with his wife, the two came up with the idea as a fun and quirky way of getting people to vote for Pense.

The Pense noodle will be in promotional videos starting Friday, trying to help garner votes across Saskatchewan and Western Canada.

“It’s a real challenge for Pense and for the communities that came before us that tried this because we just don’t have the population,” said Harlton.

Voters can place a vote as many times as they like between 7 a.m. Friday and 4 p.m. Saturday.