Peter MacKay speaks to members of the Regina Chamber of Commerce 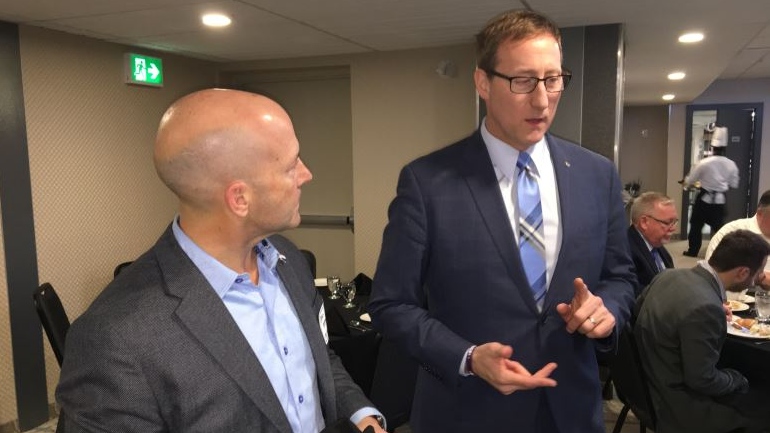 REGINA -- Conservative Party leadership candidate, Peter MacKay, was in Regina on Friday to share his platform with members of Regina's Chamber of Commerce.

“People need to see themselves in this party,” MacKay said. “It needs to modernize. We have to have a comprehensive plan for the environment, its not enough to just say we’ll get rid of the carbon tax, we’ll have to say what we’ll do to address escalating greenhouse gas emissions. We have to reach out to younger generations."

Premier Scott Moe was not at the luncheon on Friday as he is in Prince Albert for the announcement of the expansion project for Victoria Hospital in the community. MacKay said it's unfortunate Moe wasn't in Regina because he would have liked to meet with him as he believes they have similar goals.

"Premiers traditionally as we know tend to stay out of federal leadership contests,” MacKay said. “I have nothing but enormous respect for Premier Moe. I think he's got this province on the right track. He has stated unequivocally that he is not pleased with the approach Ottawa has taken towards his province, the policies of his government, we see a direct contrast in terms of the response to the carbon tax which is going to be before the Supreme Court next month. I find myself very aligned with Premier Moe."

MacKay will be holding a meet and greet on Friday from 5 p.m. to 7 p.m. at Cathedral Social Hall.