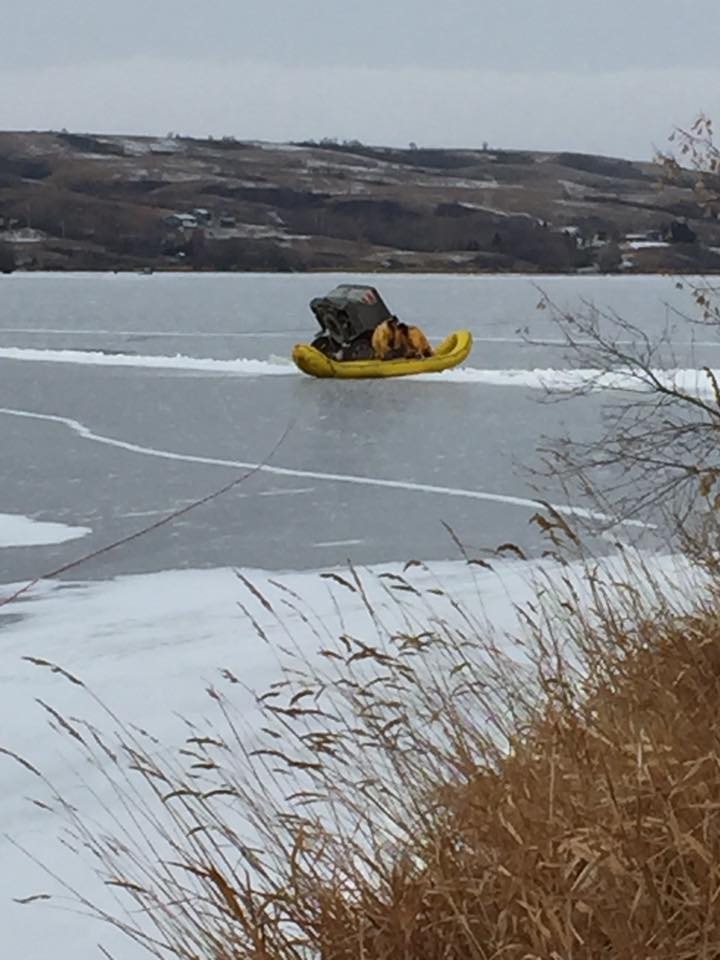 Two men were taken to hospital after a pickup truck broke through the ice and became partially submerged in Buffalo Pound Lake near Moose Jaw.

RCMP say the two men were able to get out of the truck following the incident on Saturday night.

Both men were transported to hospital in Moose Jaw, where they were treated and later released.

Mounties say ice thickness is not consistent across the lake. People are being advised to use caution before venturing out on the ice in a vehicle.