Plan to protect more habitat for species at risk in southwestern Sask. 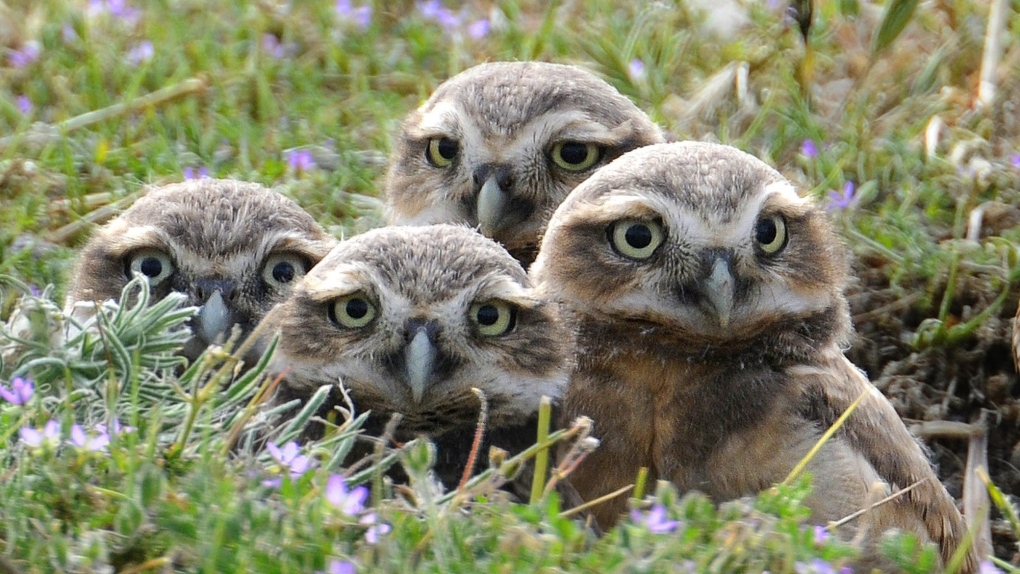 More steps are being taken to protect homes of the tiny burrowing owl and six other species at risk of disappearing from Canada.

"It's one of the last really good areas for many of these grassland species and we just want to make sure that it continues to be that way in the future," said Mark Wayland, head of Environment Canada's species at risk recovery unit on the Prairies.

The plan covers 14,000 square kilometres in an area known as south of the divide, which is part of the Milk River drainage basin in the province's southwest corner. It includes private land, provincial Crown land and federal Crown land that is not in protected areas.

Nearly all the critical habitat is in native grasslands used primarily for grazing. The plan says that's why the co-operation and participation of ranchers will be necessary for success.

Wayland said agencies will be working landowners, who best know the area.

In the case of burrowing owls, conversion of grassland to cropland could destroy their habitat because they nest in the ground. Driving over burrows with heavy machinery could cause entrances to collapse.

There's also previously identified critical habitat in the area for the black-footed ferret and the greater sage grouse.

Wayland said the greater sage grouse is "in imminent danger."

"There's not many of them left in Canada, so we're working hard with landowners down there to try to maintain the last few birds that exist in Canada in Saskatchewan," he said.

Beatriz Prieto Diaz, a terrestrial ecologist with Saskatchewan's Ministry of Environment, says the province has been working with ranchers on projects that could help species at risk.

For instance, ranchers could use drop-down fences in areas where there's a greater sage grouse mating ground, known as a lek, she said. Wires wouldn't be on these fences when cattle is not there and the birds are.

Ranchers could also use markers or reflectors on top wires of fences so the birds can avoid crashing.

"This is only good, for example, in areas where we know that there's been leks for sage grouse. Because the birds are there very early in the morning usually, sometimes at night, so they can't really see the fences. And that's a real threat," said Prieto Diaz.

It could also be as simple as avoiding grazing at times when birds are nesting in an area.

"By talking to landowners, we're trying to get them to understand what species need and then they're able to decide how can they help," she added.

The proposed action plan has been in the works for several years.

A consultation period is underway until July 23. Wayland said revisions can then be made if necessary and the plan will hopefully be finalized by the end of the year.