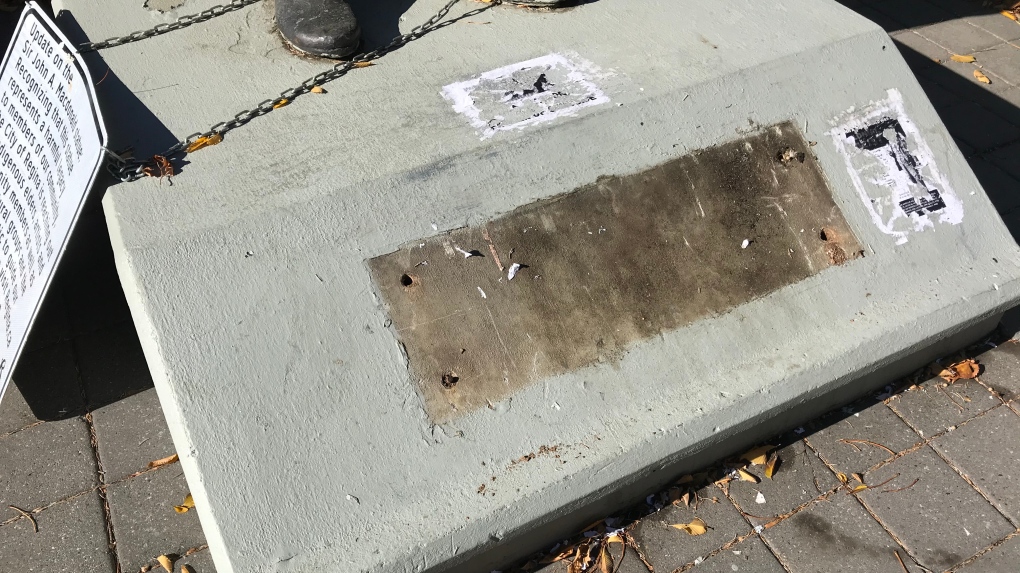 REGINA -- The City of Regina has confirmed the plaque on the John A. MacDonald statue has been stolen.

The plaque sits at the bottom of the statue that lives in Victoia Park.

The City of Regina said it's reported this incident to the Regina Police Service.

The future of this statue and its location is under consultation by the City of Regina.

"The City has met and is continuing to meet with Knowledge Keepers and Old Ones, artists, curators and academics to seek guidance on how to increase our collective understanding of Regina's diverse histories," a spokesperson for the City of Regina said. "The new City Council will be engaged on this topic soon after being sworn in."

Many Canadian cities have removed their John A. MacDonald statues because of MacDonald's controversial actions.

MacDonald is credited as one of the primary father’s of confederation, who oversaw the creation of a national railway and secured the unification of western territories into one nation, now called Canada. He is also a controversial figure, thanks to policies like the systemic starvation of indigenous people in order to force them onto reserves, and the Chinese Immigration Act of 1885, aimed at limiting Chinese immigration through a head tax.