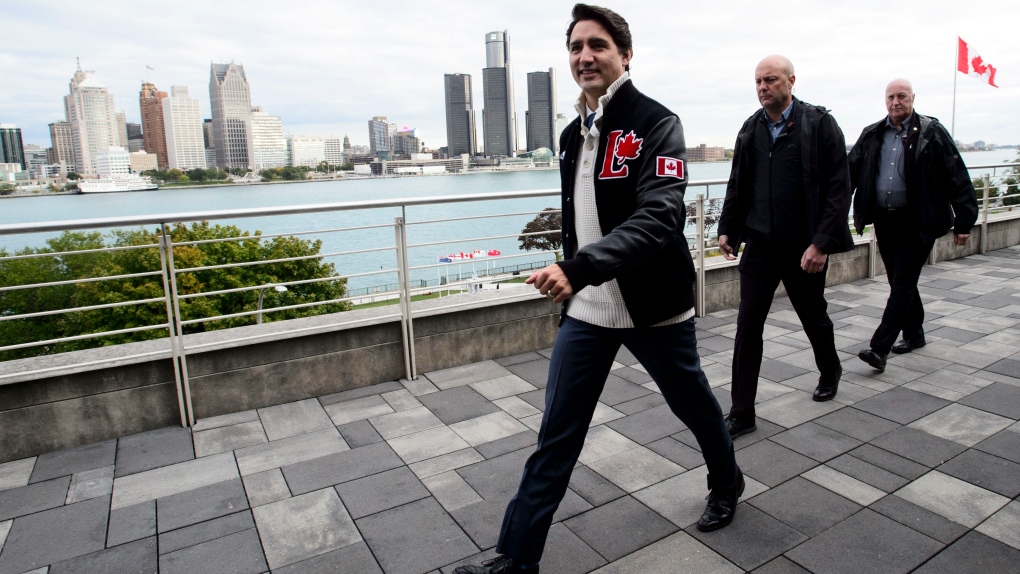 A view of the city of Detroit, provides a backdrop as Liberal leader Justin Trudeau leaves after speaking at an event at St. Clair College in Windsor, Ont., on Monday Oct. 14, 2019. (THE CANADIAN PRESS/Sean Kilpatrick)

REGINA – Saskatchewan Association of Rural Municipalities president Ray Orb says the Prime Minister Justin Trudeau should be consulting with rural organizations along with talking to Western Canadian mayors and premiers.

Orb says SARM and similar groups bring a different perspective from other leaders based in cities.

“The problems with exporting canola, the carbon tax issue, the equalization formula, all of these things are really important to Saskatchewan people right now,” Orb said at SARM’s annual Midterm Convention in Regina. “We’re not happy about that. We think our prime minister needs to talk to us.”

Orb adds he hopes to have a chance to meet with Trudeau at the Federation of Canadian Municipalities conference in Ottawa later this month.

“The Rural Forum, which I chair, we’ve asked for a meeting with the prime minister and the FCM has said they’ll make sure we get into his office.”

Orb says the discussions with Trudeau would focus on pipelines, equalization, and the agricultural issues facing Saskatchewan farmers.

Some of the talking points at the convention include the carbon tax and other federal policies, along with other discussions on water security, the importance of agriculture and more.

The two-day conference continues Thursday, with a larger SARM conference planned for March 2020.

There, the organization hopes to bring in