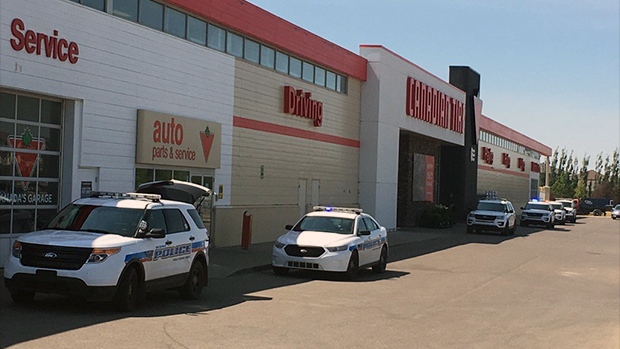 There was a heavy police presence at the Canadian Tire in east Regina on Thursday afternoon. (WAYNE MANTYKA/CTV REGINA)

There was a heavy police presence at the Canadian Tire store in east Regina on Thursday.

According to a witness, police armed with rifles could be seen at the store shortly before 1:00 p.m. and were on location until just before 1:30 p.m.

Police have confirmed that they were called to the store after they received a call that someone was going to use a gun at the location.

The store was closed to customers for about an hour.

A police spokesperson also confirmed that they are investigating a possible connection to an assault that took place at the store on Wednesday.