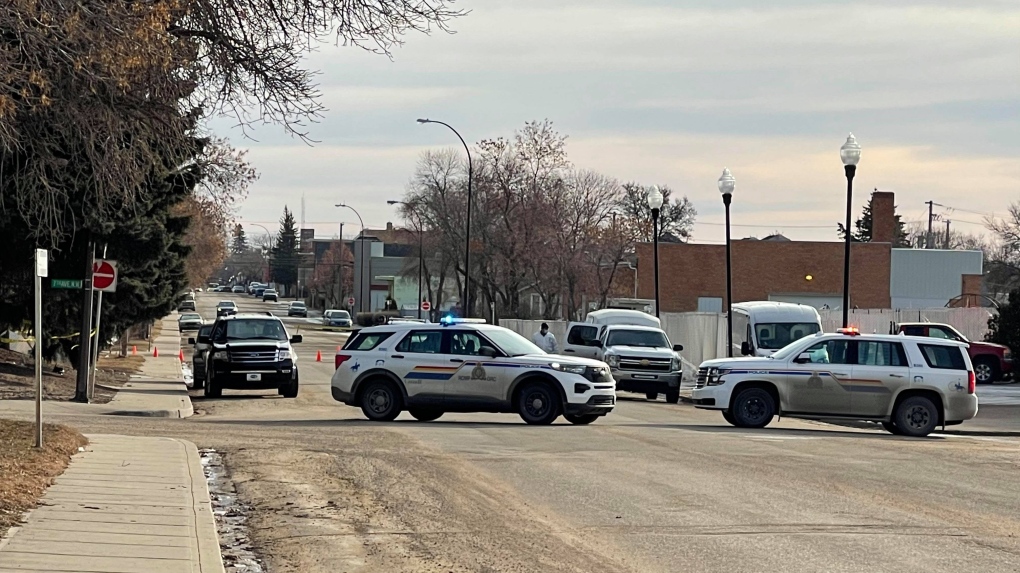 Police on the scene of an investigation at Swift Current apartment buildings. (Courtesy: Kathy Jennings)

REGINA -- Swift Current RCMP are investigating after a woman was found dead in an apartment complex.

RCMP said late Thursday evening they received a report of an injured woman looking for help at an apartment building in the 200 block of 7th Ave. Northwest. The woman was taken to hospital for serious injuries and told police there was a second injured woman.

Police said they found the second woman dead in an apartment in the 600 block of Chaplain Street.

After a brief investigation, RCMP found a woman at a home in the 500 block Colonel Otter Drive. According to police, she was arrested without incident just after 1 a.m. Friday.

Police said all three women are known to each other and officers are not looking for any other suspects. Charges have not been laid and the investigation is ongoing.

RCMP noted there will be an increased police presence for the remainder of the day at the locations listed. The public is asked to avoid the areas.

The RCMP are encouraging anyone with information about this investigation to contact Swift Current Municipal RCMP or call Crime Stoppers.