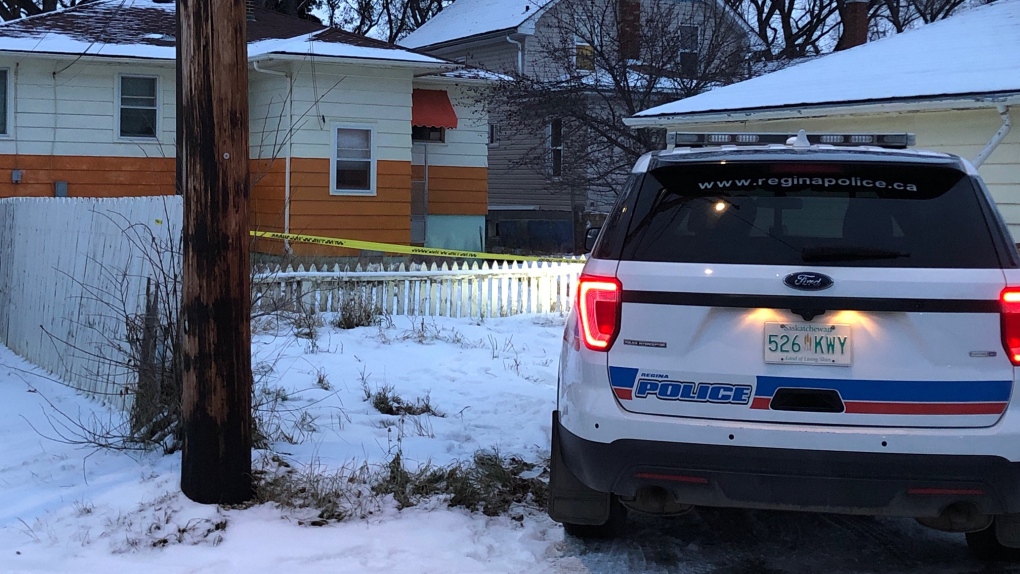 Police are investigating after a man was found dead in the 1800 block of St. John Street on Nov. 7, 2019 (Ashley Scarfe / CTV News Regina)

REGINA -- The death of a man on Thursday night has been ruled a homicide by Regina Police.

Officers were called to the 1800 block of St. John Street around 11:20 p.m. after a report of a dead man in the area. EMS confirmed the man was dead at the scene. Police say officers secured the scene and called the coroner, forensic identification and major crimes.

The identity of the man has been confirmed, police say, but his name won't be released "pending further investigation."

This is Regina’s fifth homicide of 2019.