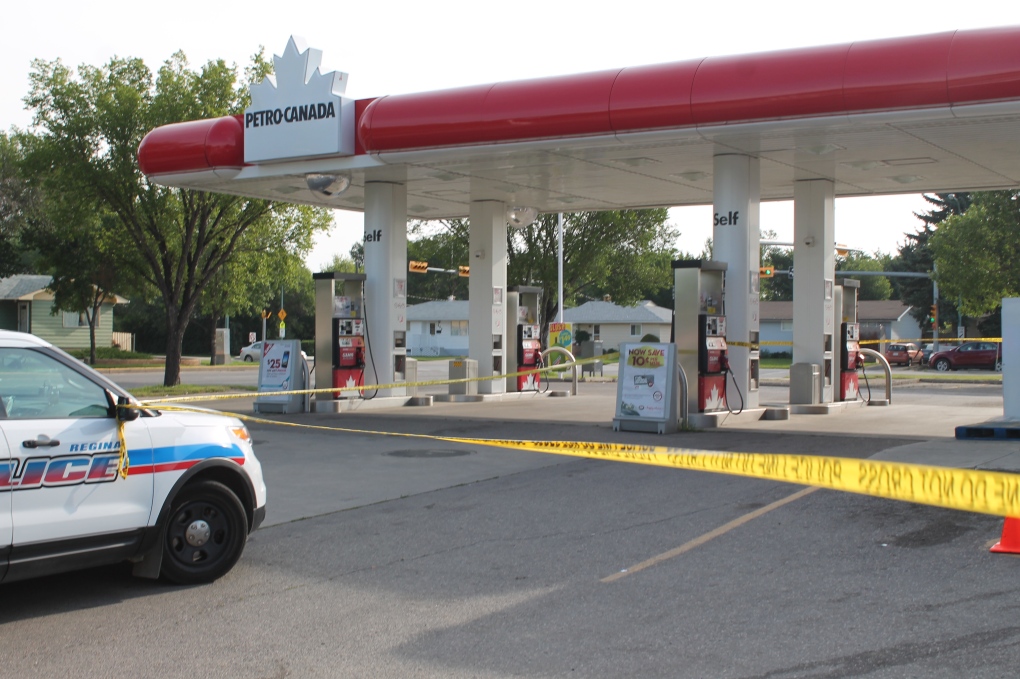 Police are investigating a serious assault at a gas station in northwest Regina early Wednesday morning.

At around 2 a.m., police responded to a report of an assault outside the Petro-Canada station on the corner of Sherwood Drive and Avonhurst Drive.

When officers arrived, they found a male victim who had been seriously assaulted lying on the ground outside the gas station.

The victim was taken to hospital with undisclosed injuries. Police said it’s believed a weapon may have been used in the attack.

Police say a second male victim was pepper sprayed during the incident.

No suspects have been identified.

The gas station was cordoned off while forensic investigators gathered evidence at the scene.