Politics, policing, business: How these Regina women are paving the way for the next generation

REGINA -- Across a variety of industries in Regina, there has been a steady increase in female representation over the past several years, but some say there are still barriers to come down.

On International Women’s Day, local leaders in politics, policing and business are highlighting challenges of the past, the progress that has led to the present and the hurdles that are still in the way when looking to the future.

In November 2020, Sandra Masters became the first elected female mayor in Regina. She said when she announced that she was running, she was met with enthusiasm from both women and men.

“I believe it was time,” Masters said. “It’s not just women who feel it. There are a great number of male leaders who are looking for women to participate at the table.”

Masters believes that being a woman helped her in some aspects of her campaign.

“I met with a retired gentleman who you would classify as a leader in the community when I was discussing the potential of my running and he was very supportive,” Masters explained. “The words out of his mouth was ‘I think the fact that you’re a woman is to your advantage’ and I sort of cracked the joke back that never in my lifetime did I actually think that I would hear that relative to politics.”

Staff Sergeant Laurel Marshall of the Regina Police Service’s North District Community Services Division said she has noticed more women being welcomed into her line of work as well.

Marshall said the number of women in the profession has more than doubled in her 22 years on the force.

“There was less than 40 women when I started, and there’s 108 women now among our membership,” Marshall said. “When I first started, I realized how the woman that came before me actually forged the way, the path, to create opportunities for us.” 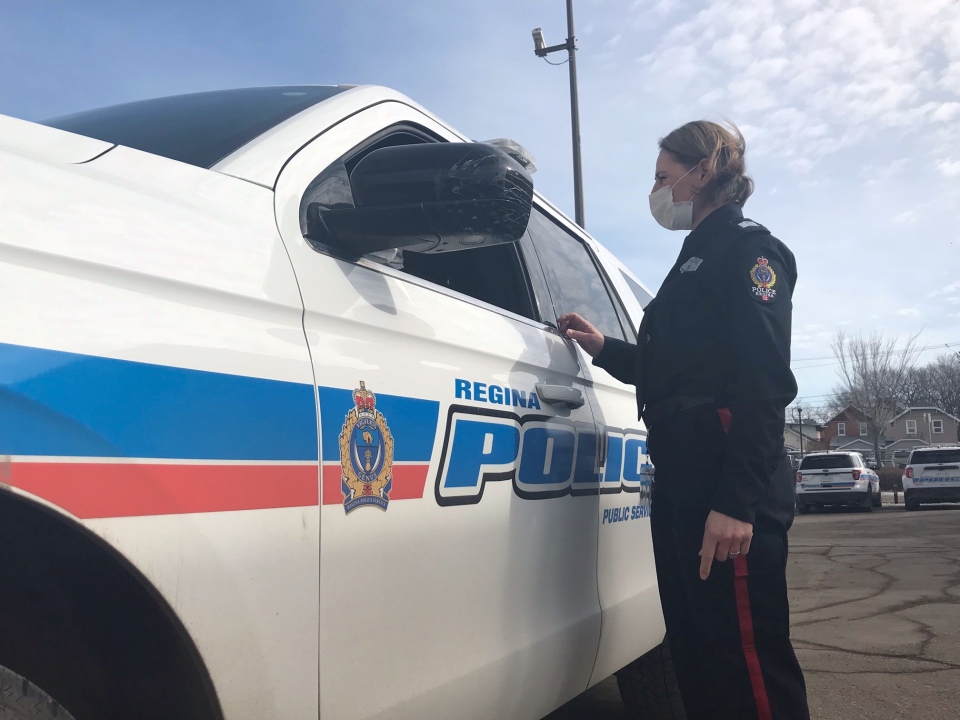 She said back then, it was not common to see women in leadership roles.

“I do see those barriers slowly coming down,” she said. “We see these women in [leadership] roles and I’d say ten to 20 years ago, you didn’t see that representation there.”

The increase in female representation is also being witnessed in Regina’s business community.

“We’re getting there, honestly every single day, and we’re very fortunate to work with a lot of female-owned and operated businesses,” Morgan Mayer, the owner of Sweet Pea & Noelle Bridal Boutique, said. “But they’re honestly all under the five year mark and we’re all still very new.”

All three women agree that there are still challenges they face today, but feel the progress that has been made so far is promising.

“I think there’s always challenges. [Policing] was, and still is, a predominantly male profession,” Marshall said. “You feel that you have to maybe work harder or better to feel accepted in that same role.”

In Regina’s business sector, Mayer said there are still hurdles that up and coming entrepreneurs are facing.

“There are still some boys’ club mentalities, however we’re making the steps and I believe the female entrepreneur is only getting stronger in our community,” Mayer said.

Mayer’s bridal boutique offers dresses that are all created by independent Canadian designs. She said in her experience, tasks like applying for loans is often easier when it’s a woman on the other side. 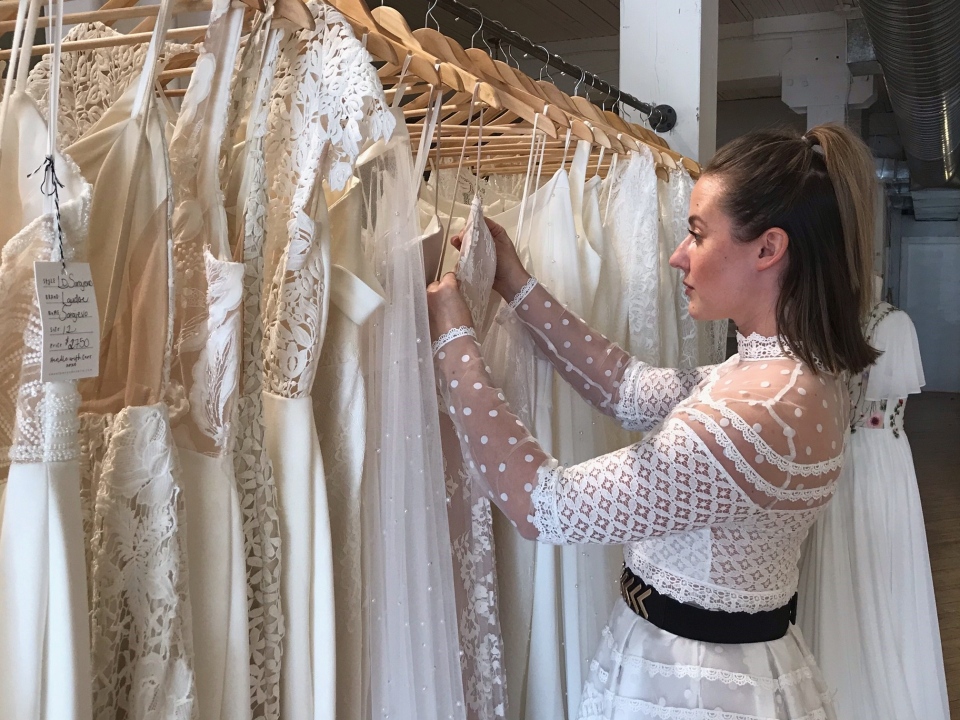 “Men, and I understand, didn’t quite get the vision or why it was important or why it needed to be brought here. I was very fortunate that I did find female advisors that were 100 per cent in my corner,” she said.

Mayer said she is fortunate because the challenges she has faced haven’t been as blatant as what some of her peers experience.

“I do know quite a few females that do face these hurdles, whether that depends on their class, their race, all of these things can make it absolutely more difficult. In that way, we have an even longer way to go,” Mayer said. “There will always be challenges but we’re here to fight every step of the way.”

Within the city, Mayor Masters said she’s beginning to see how many people are supporting the idea that when women are successful in society, society as a whole becomes more successful. 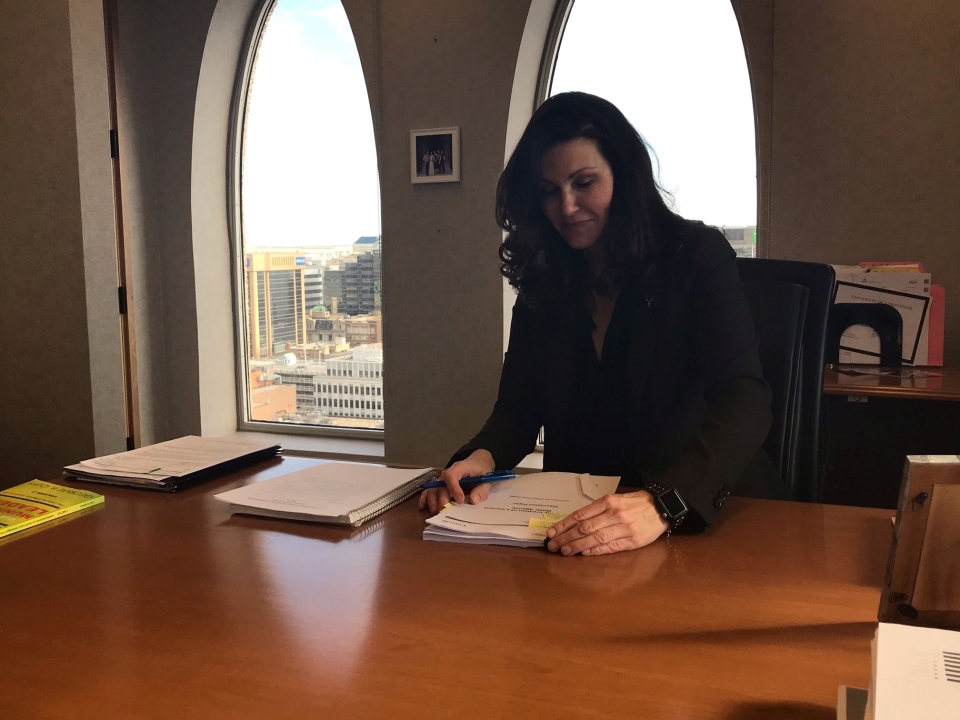 “The barriers exist, they’re built into the system,” Masters said. “But I’m really encouraged by the number of men who are in positions of power who are looking for women to join their board tables, their senior levels of management in terms of their organization, or promoting and supporting female entrepreneurs.”

On International Women’s Day, Masters said it’s important to highlight the various roles that women play to inspire the young girls who might hold similar titles in ten or 20 years.

“It’s not lost on me that being a woman politician and being the mayor of the city of Regina, that representation is important,” Masters said. “For young women and girls to see a woman in the role and being granted that role of leadership by the election cycle means something significant to them in terms of the opportunities that lay before them.”

Owning a bridal store, Mayer is able to uplift women every day as they plan for one of the biggest days of their lives. She said that, along with inspiring youth, is what her entire business is all about.

“You want to make sure that everyone sees themselves through kind eyes instead of judgmental eyes,” Mayer said. “I want to be able to show the younger generation that we are here for you, we are helping to pave the way and we hope that you find the courage and the community that we are trying to build.”

At the Regina Police Service, Marshall said interacting with younger girls in the community can often opens their eyes to a whole new line of work.

“To see that representation there, I think [girls] feel that it is really realistic and it’s something they might not have considered before,” Marshall said.

She said being able to mentor and inspire young women as they come up through the force is often just as fulfilling and she’s now getting ready to do that on a more permanent basis.

Marshall and a board of female police officers across the province are creating a non-profit organization called SWIP (Saskatchewan Women in Policing) to help create more leadership representation in women in the province. They will work to build relationships, connections and mentorship to advance more women within the profession in the future.