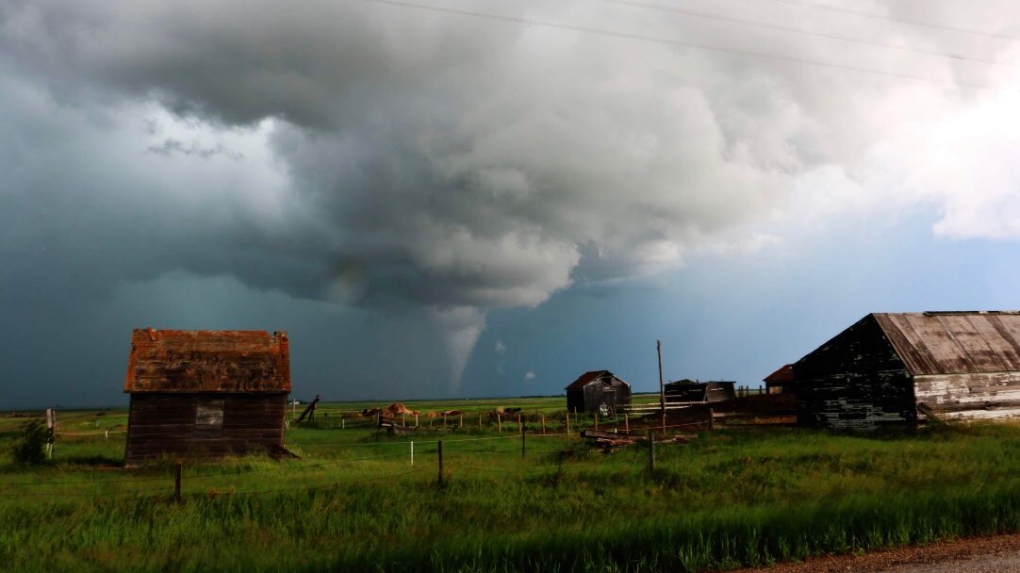 Environment and Climate Change Canada says there were unconfirmed reports of a possible tornado near Moose Jaw on Canada Day.

The tornado was reported in the area 65 kilometres south of Moose Jaw around 12:10 p.m., the weather agency said.

There were also funnel clouds eight kilometres west of Regina and near Rouleau between 6 p.m. and 6:10 p.m., ECCC said.

Winds were gusting at 104 kilometres an hour at Saskatoon Diefenbaker Airport around 3:45 p.m. High winds between 85 and 100 kilometres an hour were also reported in Kindersley, Bratts Lake, Weyburn and Yorkton on Monday night, according to ECCC.

The weather agency will now continue to gather data in order to confirm whether or not a tornado touched down on Monday afternoon.