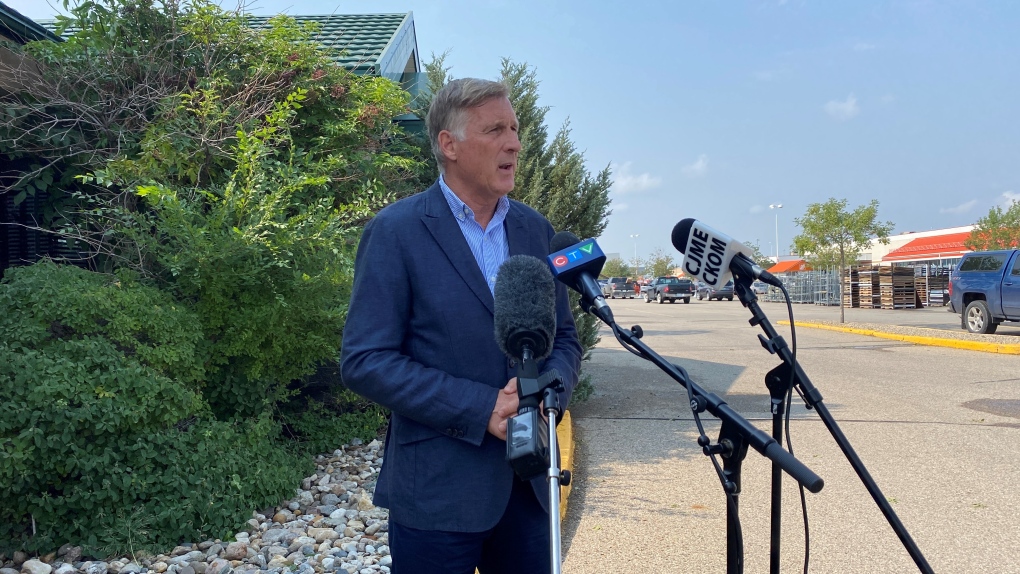 Maxime Bernier, Leader of the People's Party of Canada, speaks to media at a campaign event in Regina on Sept. 1, 2021. (Morgan Campbell/CTV News)
REGINA -

Maxime Bernier, the Leader of the People’s Party of Canada (PPC), touted his party as an alternative for voters during a campaign stop in Regina on Wednesday.

During a brief press conference outside Cravings All Day Grill, Bernier told media his party gives Canadians the opportunity to vote for a new option based on the principles of individual freedom, personal responsibility, respect and fairness.

According to Bernier, the PPC is looking to increase its total percentage of the popular vote when voters go to the polls for the federal election on Sept. 20.

“We had 1.6 percent at the last election, first year, first election. It took 20 years and six elections for the Green Party to have more than 1.6 percent of the vote. We did that on our first year. So that’s our goal, because this party is there for the long-term,” Bernier said.

Bernier said the most important issue this election is vaccine passports, adding his party is the only one willing to stand against the policy.

The PPC has 312 candidates running nation wide in this election including one in every Saskatchewan riding.

A rally for the PPC, featuring Bernier, is scheduled for 7 p.m. on Wednesday at the Doubletree Hilton in Regina.