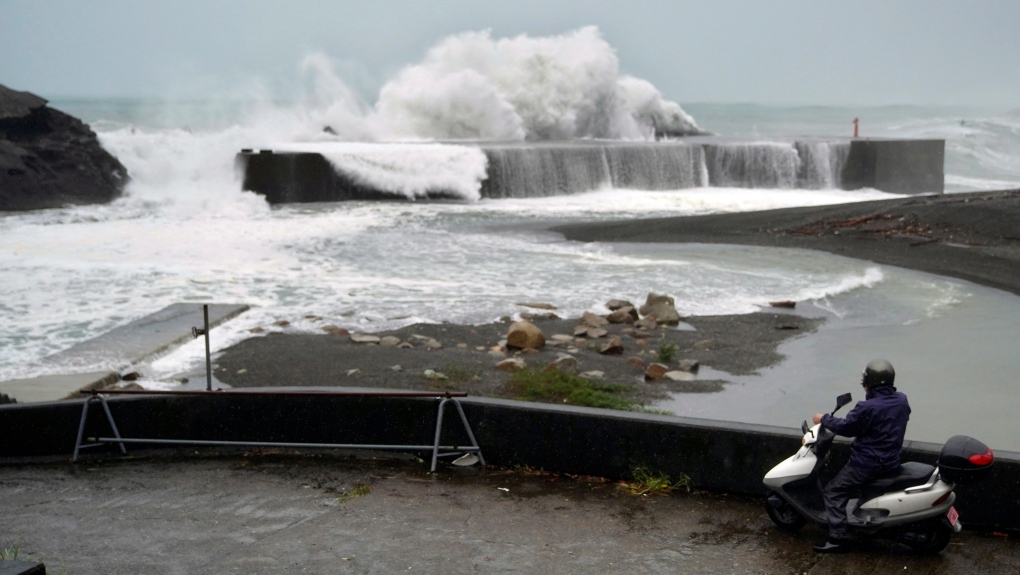 A man on a scooter watches as surging waves hit against the breakwater as Typhoon Hagibis approaches a port in Kumano, Mie Prefecture, Japan, Saturday, Oct. 12, 2019. (AP Photo/Toru Hanai)

Saskatchewan Premier Scott Moe and a government delegation were forced to take shelter in Tokyo as Typhoon Hagibis passed over the capital.

“Members of the Government of Saskatchewan delegation in Tokyo are safely sheltering in place, and we are in consistent communication with the Canadian Embassy should the typhoon increase in risk or severity,” Moe said in a statement.

Our thoughts are with those impacted by #TyphoonHagibis here in Japan, a country that has been incredibly friendly and welcoming to myself and the Saskatchewan delegation during our time in Tokyo. (1/4) https://t.co/3R96ZdwhzU

The delegation is in Japan on a trade mission and had further meetings scheduled in South Korea.

“While I am currently in Tokyo with part of the Saskatchewan delegation to ensure scheduled commitments were maintained, part of the official delegation departed Japan early for South Korea in anticipation of the potential impacts of typhoon Hagibis on the trade mission travel schedule,” Moe said.