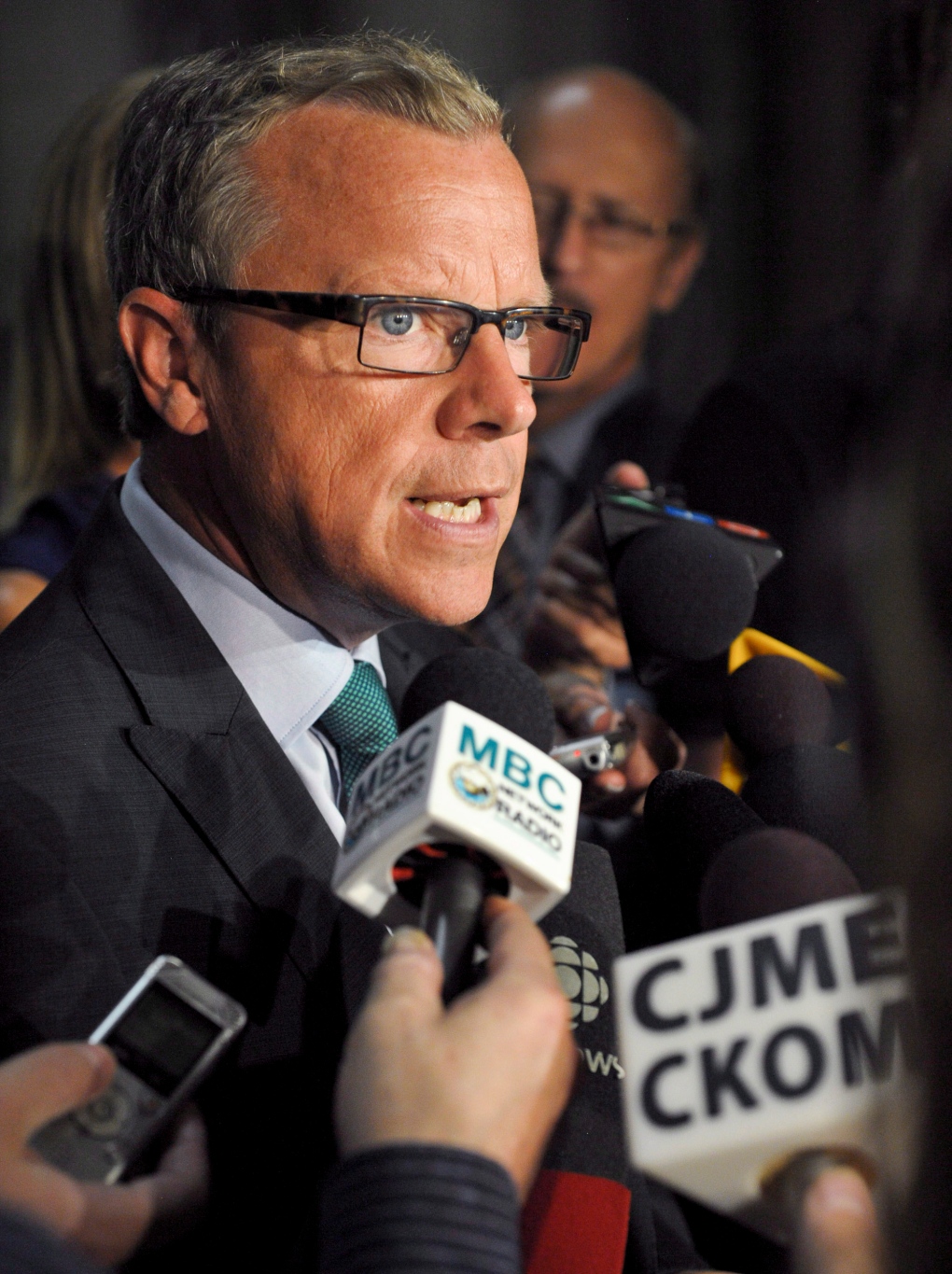 Saskatchewan Premier Brad Wall speaks to reporters in the rotunda of the Saskatchewan Legislative Building on Monday, Sept. 9, 2013 in Regina. THE CANADIAN PRESS/Michael Bell

The law was passed in 2009 and allows for elections to choose names to be put forward to the prime minister for Senate consideration.

Wall says he told Prime Minister Stephen Harper in a meeting Tuesday in Ottawa that the province wants to get rid of the law.

The premier says he also told Harper that Saskatchewan is looking at a motion in the legislature that would call for the upper chamber to be abolished.

The premier used to advocate for Senate reform, but changed his mind earlier this year when the Senate scandal broke, saying he's come to believe reform is impossible.

Wall says the law could be repealed this fall with co-operation from the Opposition NDP.

The New Democrats said as early as last May that they wanted the province to scrap the legislation.