Private companies filling void left by Greyhound one year ago 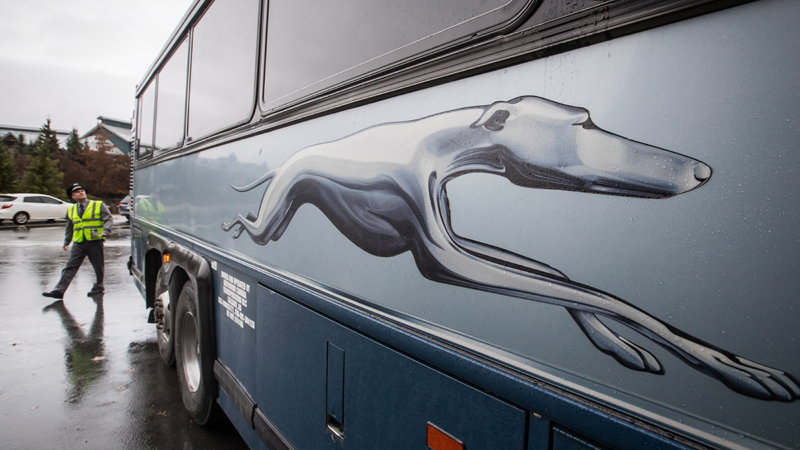 Greyhound bus driver Brent Clark, who has been with the company since 1983, does a walk-around before moving the bus to a parking lot after arriving in Whistler, B.C., from Vancouver on Wednesday, Oct. 31, 2018. THE CANADIAN PRESS/Darryl Dyck

Private sector companies are filling the void left by Greyhound after it stopped operating bus service across Western Canada one year ago.

The Saskatchewan Government is encouraging residents to use those services to ensure they remain in place.

“There’s some really good options out there, Gravelbourg has got a great option going. There’s a number of communities that have started a service that brings people from their community into Saskatoon or Regina, and they’re working great,” Minister of Crown Investments Joe Hargrave said.

“We should have, in a province of this size, a high quality transit system. That’s something we’re committed to bringing back, intercity and rural to urban transit, bringing back a system that works for the riders of today,” NDP leader Ryan Meili said.

The company pulled out because of financial loses after ridership declined by 40% over the last decade. In Saskatchewan, it meant the end of Greyhound  service on both the Yellowhead and TransCanada highways

The only former Greyhound route still in operation in Saskatchewan is Saskatoon to Edmonton,  with connections to Regina and
Prince Albert, operated by Rider Express.