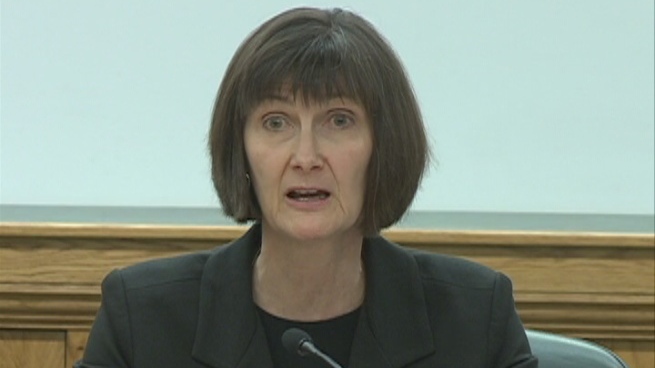 REGINA -- The Saskatchewan Ministry of Highways has access to three nine-millimetre pistols, two fully automatic rifles, 12 silencers and an AR-10 carbine, according to the province’s auditor.

In the first volume of her 2020 report, Judy Ferguson analysed how the ministry purchases supplies. She called the purchases of these items, which are not permitted for use by on duty highway patrol, as “questionable.”

Ferguson said in her report that the Ministry of Highways and Infrastructure failed to properly oversee the purchase of guns and ammunition for Highway Patrol members.

“The Ministry advises us legislation allows the Ministry to possess these firearms and weapons for training purposes even though it cannot use them in its highway patrol duties,” Ferguson said in her report. “We also found the Ministry possesses a shotgun even though the Deputy Minister specifically directed staff not to purchase any shotguns.”

Some weapons in the possession of the ministry are restricted from use under the The Municipal Police Equipment Regulations, 1991.The Regulations allow police services to use a 40 calibre pistol, a semi-automatic carbine and factory loaded ammunition.

“Laws recognize the importance of controlling access to and use of firearms and ammunition. These laws apply to the Highway Patrol activities and its officers,” the audit said.

The ministry has spent $700,000 on guns, helmets and other supplies since the The Protection and Response Team’s inception in 2017. Highway Patrol is considered part of that team, and the purchases part of the team’s transition to the new role.

Directors within the ministry are permitted to purchase goods up to $200,000. The report said there are no policies in place to restrict who can guy guns or ammunition, nor regulations in place for additional oversight for these types of purchases.

Ferguson said it failed to show that these purchases were made to support the role of Highway Patrol as first responders.

Recommendations from Ferguson’s team include “having clear policies that restrict who can buy regulated items like firearms and ammunition.” She suggests using purchasing orders to reduce the purchase of items that are unauthorized or inappropriate.

Ferguson said in her report that the ministry failed to keep proper track of Highway Patrol’s equipment, such as guns, ammunition gun belts and protective gear.

In March 2019 the ministry was using spreadsheets to track this equipment, which several staff members had access to. The report notes a number of discrepancies in the spreadsheet.