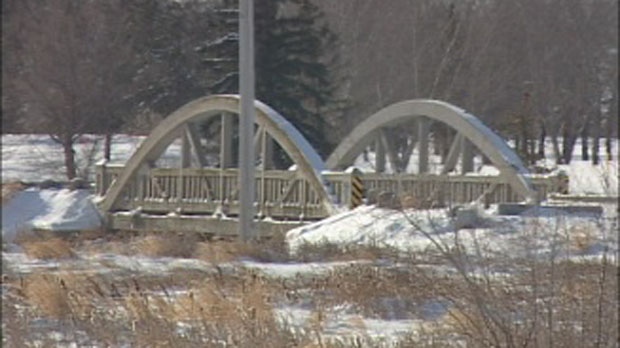 Built in 1919, the Rainbow Bridge is the oldest bridge in Regina.

The Rainbow Bridge, also known as the Richmond Place Bridge, was closed to traffic last March over concern it might not be able to handle the weight of vehicles.

Built in 1919, the Rainbow Bridge is the oldest bridge in Regina, and city officials estimate it will cost more than $2 million to bring the heritage structure up to code.

Until city council makes a final decision as to the future of the bridge, administrators are recommending it be closed.