RCMP hunt for two inmates who escaped from healing lodge 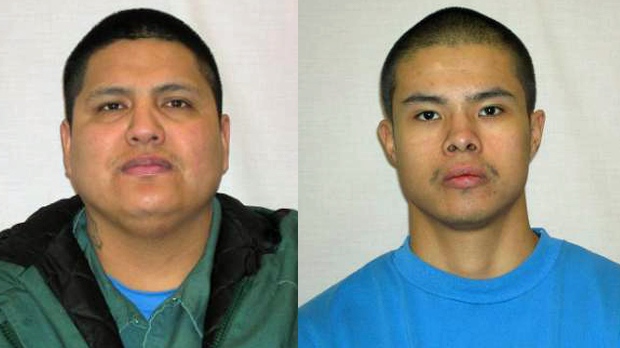 Royce Bear (left) and Brandon White are seen in these photos provided by RCMP.

A search is underway for two convicts who escaped from the Willow Cree Healing Lodge in Duck Lake, Sask., on Sunday.

The Correctional Service of Canada says Royce Bear and Brandon White were discovered missing during an evening count.

The RCMP has issued warrants for their arrest.

The 31-year-old Bear was serving a nearly six year sentence for assault with a weapon and manslaughter.

White, who's 23, was serving an eight year sentence for manslaughter and use of a firearm.

The Correctional Service says it's investigating the escape.