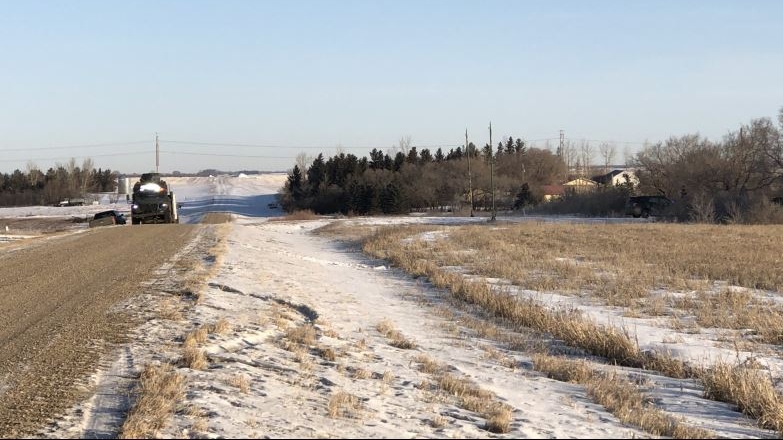 REGINA -- The RCMP has laid charges against a man who was arrested northeast of Regina on Thursday morning.

Officers were called about an armed man in vehicle on Inland Drive around 6:20 a.m. The RCMP says the man had a handgun. The man was ordered to drop his gun and leave the vehicle. Police say he tried to drive away, but his vehicle was stuck. The RCMP contained the area and officers were able to take the man into custody. No one was injured.

Police say he was carrying seven grams of methamphetamine and cash, and there was more meth and a gun in the vehicle. Officers didn’t find any ammunition, the RCMP said in a release.

The vehicle and licence plate were also stolen, according to police.

A 26-year-old Whitewood man is facing multiple charges including uttering threats, possession of a firearm and pointing a firearm. He is scheduled to appear in court on Friday.