RCMP is requesting assistance locating a Saskatchewan man and his seven-year-old daughter.

Jackson does not have a known vehicle and he is last known as residing in the Carvievale, Saskatchewan area.

He also has connections to Dilke, Oxbow, Alameda, and Regina as well as Lamont, Alberta, RCMP said. However it is possible that he is in other communities besides the ones listed.

RCMP did not provide further information about the circumstances of Jackson and his daughter’s situation.

Mariecar Jackson, the mother of the seven-year-old girl, recently turned to the public for help finding the young girl.

Mariecar told CTV News her ex-husband, Michael, refused to return seven-year-old Sarah after a visit in November. She said she wanted her daughter to be vaccinated; Michael, who is against the vaccine, did not. 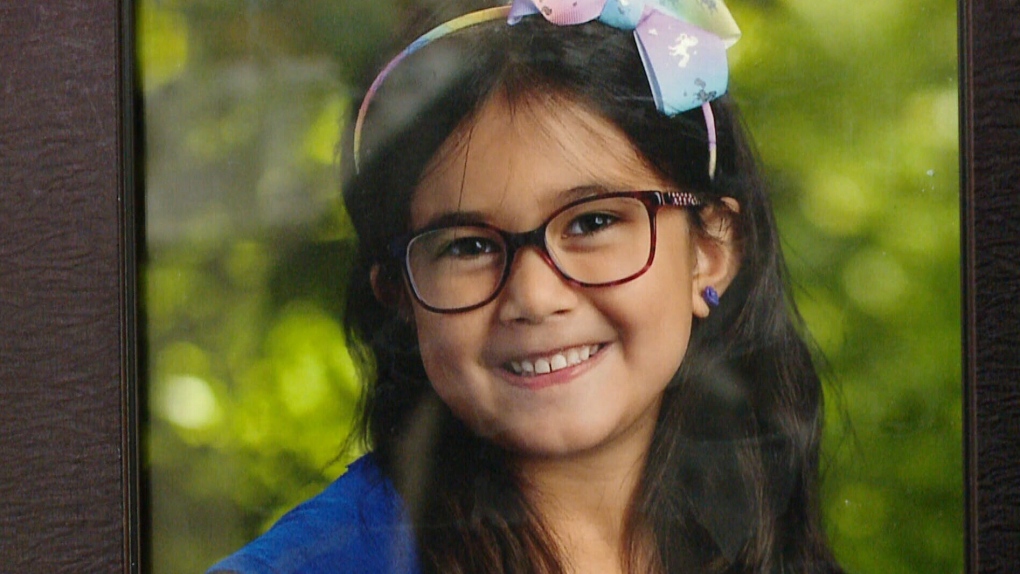 A Saskatchewan mother is asking the public for help in finding her seven-year-old daughter who was taken by her ex-husband months ago after refusing to allow the young girl to be vaccinated against COVID-19. (CTV News)

Anyone with information about the whereabouts of Michael Gordon Jackson or his daughter are asked to contact Saskatchewan RCMP or Crime Stoppers.

With files from CTV News' Nicole Bogart and Jill Macyshon

Canadians may find a lot of long faces at the pump heading into the long weekend as gas prices across the country remain high.

Ten children in Canada were found to be suffering from acute severe hepatitis not caused by known hepatitis viruses over a nearly six-month period recently, the Public Health Agency of Canada announced Friday.