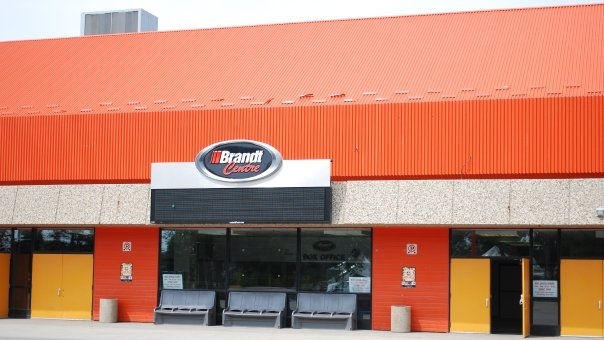 The Regina Exhibition Association Limited (REAL) announced its launch of phase two of a public consultation into the future of the Brandt Centre on Tuesday, after receiving more than 5,300 surveys throughout phase one.

Of all the respondents, 84 per cent were from Regina.

Tim Reid, president and CEO of REAL said phase one was considered a success.

“Seventy-five per cent of all those respondents suggested that the Brandt Centre is a very important civic asset in out community,” said Reid. “Of those respondents the most popular events were sporting events and concerts.”

With the building nearing the end of its life, the City of Regina and REAL have held ongoing discussions about the possibility of a new arena.

“Ultimately there are a handful of sites we are considering for the potential development of a new arena,” Reid said. “One of them is on this site [REAL Campus], there are three locations downtown and one location at the yards that has potential.”

REAL has completed the first round of public consultation into the future of the Brandt Centre, and we are now launching phase two.

We invite the public to take a second survey here: https://t.co/ONRc5eQlpY

Reid added the new arena would likely need to be around 10,000 seats, which opens the door for new entertainment businesses including a larger concert venue, Canadian Elite Basketball League (CEBL) and the National Lacrosse League (NLL).

“There has been discussion with both,” Reid said. “I would probably say the ones that have the most potential right now is the CEBL, however they were very preliminary.”

There is no immediate need for the Brandt Centre to be renovated, but it is nearing the end of its life.

Reid added the Brandt Centre is still operating as it should.

“The nice thing about where we stand today is that we are not urgent in making this decision,” Reid said. “We can work with the community and our stakeholders to find the right plan for our city.”

The survey for phase two of public consultation is now open and Reid said the hope is they will have the results of phase two in April before going in front of city council in June.

BREAKING | B.C. reveals plan for decriminalization of small amounts of drugs for personal use

British Columbia is taking a major step forward in its fight against the province’s deadly overdose crisis by decriminalizing the possession of a small amount of certain illicit drugs for personal use.

Michael Jackson's nephew to star in King of Pop biopic

Michael Jackson's 26-year-old nephew, Jaafar Jackson, will play the King of Pop in the planned biopic "Michael" to be directed by Antoine Fuqua.