A Regina family wants to raise awareness about Respiratory Syncytial Virus (RSV) after their one-year-old son experienced severe complications due to the illness.

Barrett Temple caught what seemed like a common cold in late November. He had a bit of a cough, mucous and an on-again-off-again fever, according to his dad, Matt Temple. Those symptoms lasted a few days.

While in the emergency department, Barrett went into cardiac arrest. He and his mother, Kayla Jakubowski, were airlifted to Jim Pattison Children’s Hospital in Saskatoon. Temple and Jakubowski have been there with Barrett ever since.

“It’s been a slow process but that’s exactly what he needs,” Temple said.

“His breathing is a lot better and a lot more under control. They’re hoping in 24 hours, the breathing tubes and everything should be able to come out and that’s when he can really start the recovery on his own.” 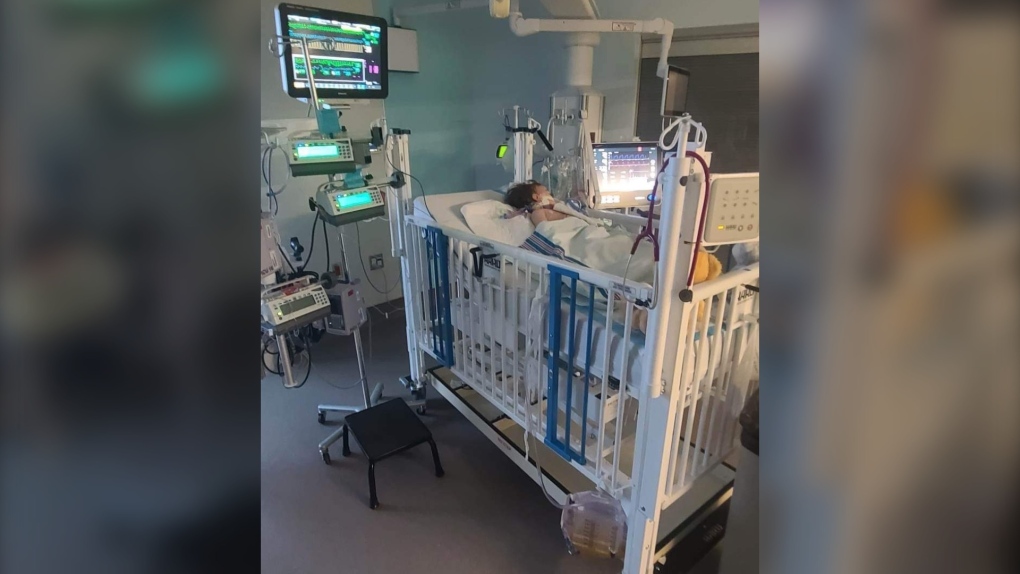 Severe complications are uncommon, but can happen with any respiratory virus, according to Dr. Athena McConnell, pediatric infectious disease physician.

“The younger you are, the more likely you are to actually have a bad complication,” McConnell said.

“Cardiac arrest or dying from RSV is uncommon, but it is more common if you’re young.”

Kids under the age of two are at a higher risk of complications because the tubes that carry air into their lungs are smaller, she said, which can lead to breathing difficulties when they become inflamed.

RSV season usually begins in October or November and peaks around January or February before tapering off in March, she said.

However, this year the virus is just starting to ramp up in December. McConnell said it is unclear if a late start will lead to a late end to the RSV season.

She said hospitals are seeing an increase in children experiencing respiratory illnesses, which is likely due to the fact that these viruses virtually disappeared during the pandemic.

“We had two and a half years where we had very little respiratory viruses and so our immune system effectively forgot what RSV looked like,” she said.

“It takes a lot longer for our immune systems to ramp up when it’s a so-called brand new virus to our body and so you can get sicker.”

RSV cannot be treated, only its symptoms. McConnell recommends taking Tylenol or Advil to help with body aches and fever. She said people should reach out to a doctor if they have difficulty breathing or become dehydrated.

After their family’s scare, Jakubowski wants parents to advocate for their children and trust their instincts. 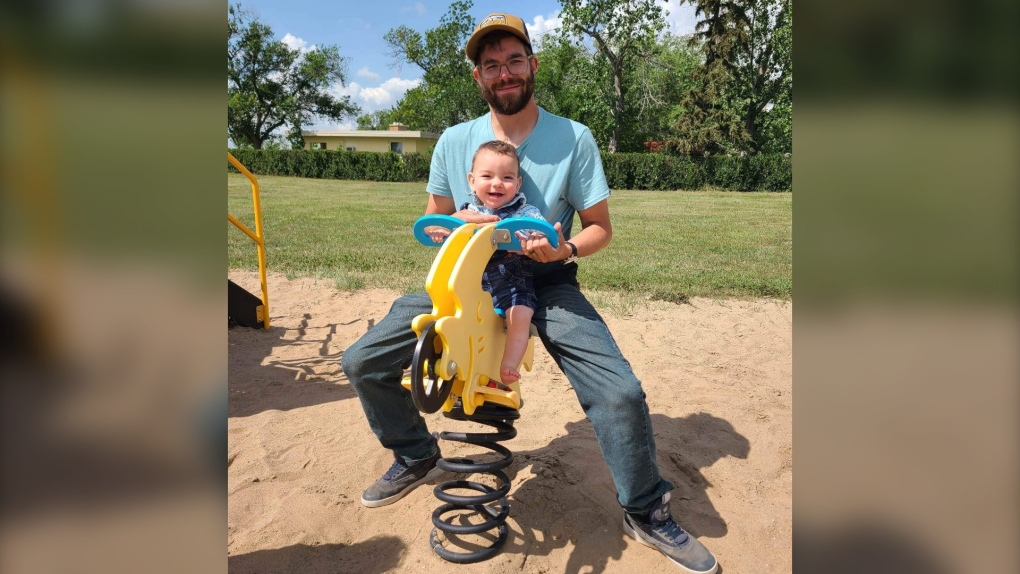 Barrett and his dad, Matt, pose for a picture on the playground. (Courtesy: Kayla Jakubowski)

“You can feel it in your gut when you know it’s time and you need to listen to it because if we were even five minutes later, it would have been too late.”

Fortunately, Barrett is on the mend and doctors believe he is on a good path to recovery. However, it is too soon to say what, if any, long term impacts he could face.

Canadian police chiefs condemned on Friday the death of a Black man who was savagely beaten by police during a traffic stop in the United States, saying the officers involved must be held accountable.

Health Canada says it will continue to recommend COVID-19 prevention drug, Evulsheld, despite U.S. FDA pulling back its emergency use authorization due to concerns around its efficacy against Omicron subvariant 'Kraken.'

Germany won't be a 'party to the war' amid tanks exports to Ukraine: Ambassador

The German ambassador to Canada says Germany will not become 'a party to the conflict' in Ukraine, despite it and several other countries announcing they'll answer President Volodymyr Zelenskyy's pleas for tanks, possibly increasing the risk of Russian escalation.

Tyre Nichols was hospitalized after he was pulled over on January 7, police have said. Five Memphis Police Department officers, who also are Black, were fired after an internal investigation and are facing criminal charges, including second-degree murder.