REGINA -- Regina city council approved the development of a new McDonald’s for the Evraz Place grounds, a decision that drew criticism from some members of the public.

Despite the pushback, many councillors said the new fast food restaurant will bring employment to the community and provide additional revenue to Regina Exhibition Association Limited (REAL).

“The job creation impacts and economic impacts are important for this city, especially at this time and for the future,” said Coun. Bob Hawkins, during the meeting.

However, some members of the public raised concerns about the restaurant. They said it doesn’t offer healthy and affordable food for an area that severely lacks grocery stores.

As well, they took issue with large signage affecting the area and with potential traffic congestion.

But after hearing concerns, council members voted in favour of the project.

Speaking during council, Mayor Michael Fougere said the project aligns with the city’s plan to see REAL be self-sufficient in generating revenue. Currently, the city provides REAL $400,000 annually in grants to operate.

“It’s looking to attract businesses to help it be sustainable, so it doesn’t rely on city council or public money,” Fougere said.

The McDonald’s is expected to be located in the parking lot, near the corner of Lewvan Drive and 11 Avenue. 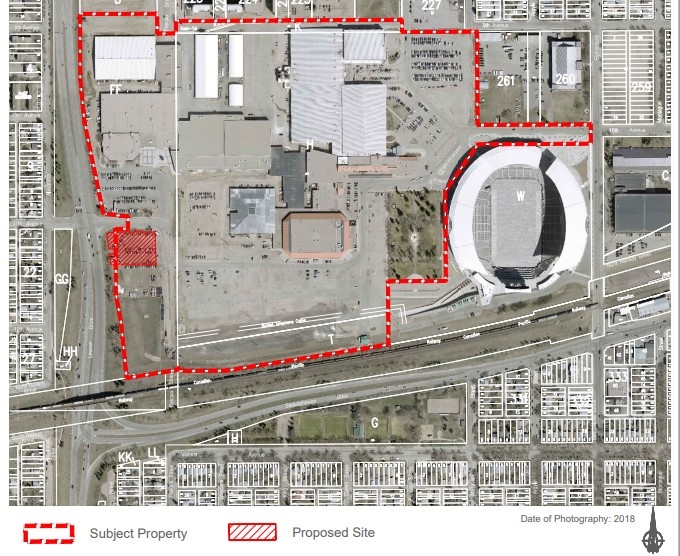 Ryan Babey, speaking on behalf of McDonald’s, said the company is building the restaurant in a way that won’t cause traffic to back up on Lewvan or 11 Avenue.

Drivers will be routed along the interior side of the site, he said, which will alleviate potential roadblocks.

As for signage, he said the company can work with the city to ensure it fits guidelines.

Council voted to allow the restaurant to have a 14 metre sign, while the regulations for other new businesses remains at four metres.

The McDonald’s is part of a larger development for the exhibition grounds, said Tim Reid, the CEO and president of REAL.

He said the McDonald’s only takes up about one acre of the 40 acre plan.

As well, he said he expects other local businesses to open up shop as part of the plan, with some potentially providing a larger variety of food items.

“Yes they are a large franchise, but they will be a big anchor for smaller businesses, helping them thrive,” said Coun. Lori Bresciani.  “It’s a great first start and they do give back to the community. It’s great for the North Central area by providing employment.”

Coun. Andrew Stevens proposed a motion that would have helped ensure healthier and more affordable food options on the exhibition grounds.

However, the majority of council members voted down that motion. Some said they didn’t want the city to dictate what the public chooses to eat.