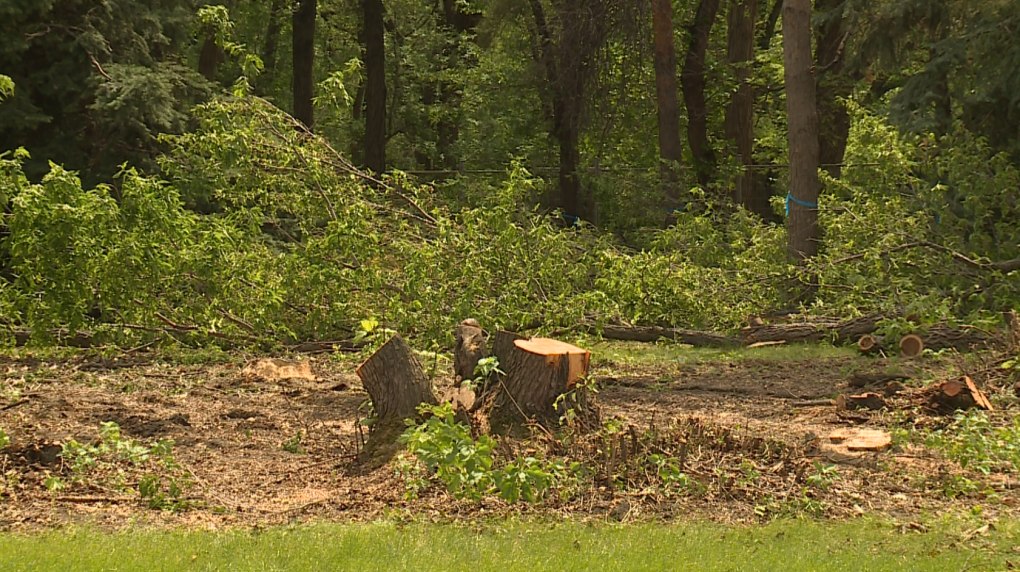 The issue of future development in Wascana Park was front and centre at city council in Regina on Monday night.

The issue has been creating controversy for nearly two years after city council gifted Conexus Credit Union land to build a new headquarters in the park in return for an $8.2M donation to the University of Regina to help restore the College Avenue campus.

The decision has been met with protests since then, with angry residents ramping up efforts after it came to light that heritage trees were being cut down to facilitate the development.

In July, three city councillors put forward a motion to stop future development in the park, and at Monday night’s council meeting, council voted unanimously in favour of that motion.

The vote came after more than a dozen delegates signed up to speak on the issue at the meeting.

Mayor Michael Fougere said he plans to send a letter to the Provincial Capital Commission on behalf of city council.

While the city only makes up one of the five spots on the Wascana Centre board of directors, Mayor Fougere believes this motion will help.

“We have influence, we just don't have the weight of the decision,” he said.

“Democratic process was here tonight,” said Lorraine Weidner of the advocacy group No Business in the Park. “It was very nice to see a unanimous vote to protect our park.”

Weidner and her group have been protesting the Conexus development for months, and she says the group plans to continue protesting, to show they oppose current development.

On Friday, crews broke ground on the controversial development. The university says revenue from the new building will help with future renovations.

“It would be better than what we had before, which is nothing,” said Dr. Vianne Timmons of the University of Regina. “We are strategically looking at the most urgent ones and doing the deferred maintenance as we continue.”

Timmons also expressed concerns about whether this motion would deny future development of the university.