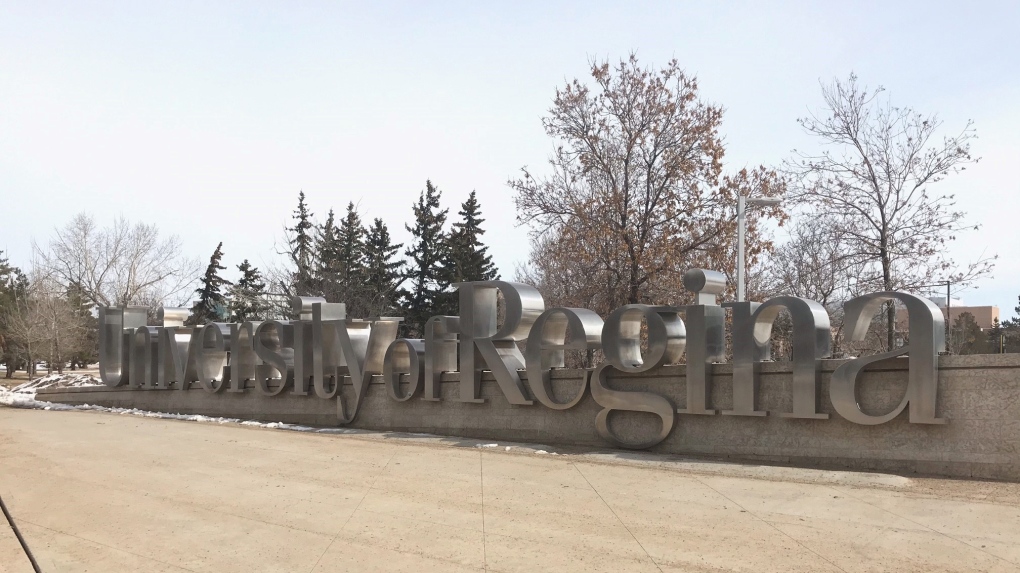 The University of Regina sign is seen in this photo taken March 12, 2021. (Stefanie Davis/CTV News)

Masters announced the city will be closing its recreation facilities to the public for the time being after the province’s update Tuesday. The closures will take effect Sunday.

Closures include city-owned rinks, aquatic centres and the fieldhouse.

The mayor said this will not impact the WHL hub in the city – or outdoor spaces like playgrounds.

“We're encouraging people going outdoors – it looks like we're getting some relatively decent weather for the next ten days,” said Masters. “When you're going outdoors, remain with your family bubble and if you can wear a mask if you're going to be around other people. Still socially distance, make sure your hands are washed."

Masters called this an unprecedented time – she added the city needs to make an effort to curb the spread of COVID-19 and variants of concern.

UNIVERISTY OF REGINA MOVES BACK ONLINE

The University of Regina put a temporary pause on in-person classes Tuesday, in response to the latest public health measures.

The U of R said only a limited number of students were participating in classes on campus. Instruction for those classes will move online until April 12.

In response to Regina’s heightened rates of Covid-19 & variant infections, the #UofRegina will temporarily pause face-to-face delivery of classes and move to remote platforms on Monday, March 29, with a tentative return date of April 12. More information to be provided tomorrow.