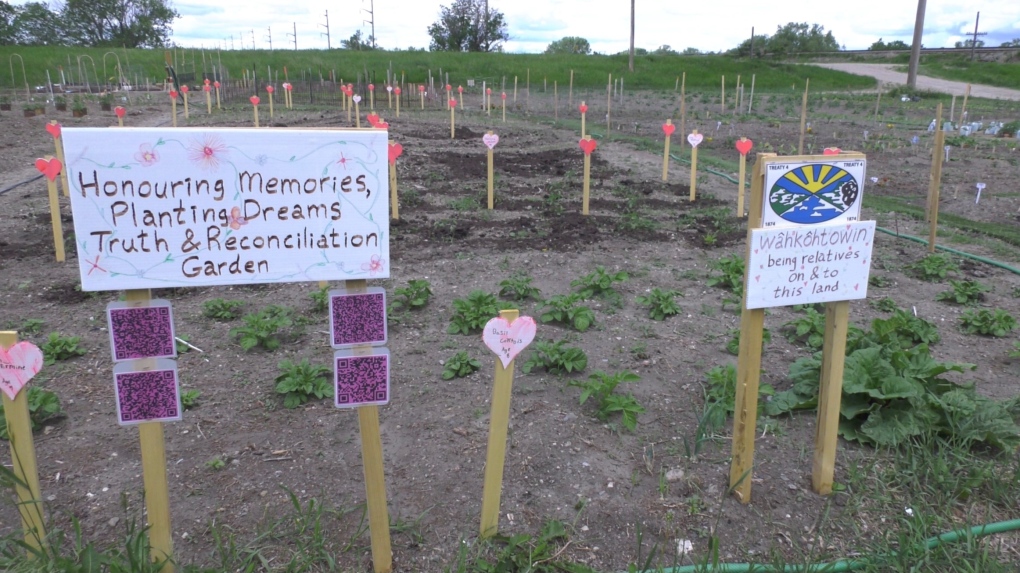 A Regina family planted a garden to honour the victims of a Regina residential school and educate the public about the reconciliation process.

Payot said the garden stemmed from a project for a course she is taking on treaty teachings.

“We had to come up with sort of an artistic, creative project at the end and I thought I would tie it into something that I’m passionate about,” she said.

The garden features red hearts with the confirmed names and ages of some of the children printed on them. Other hearts remain blank for the children who haven’t been identified. 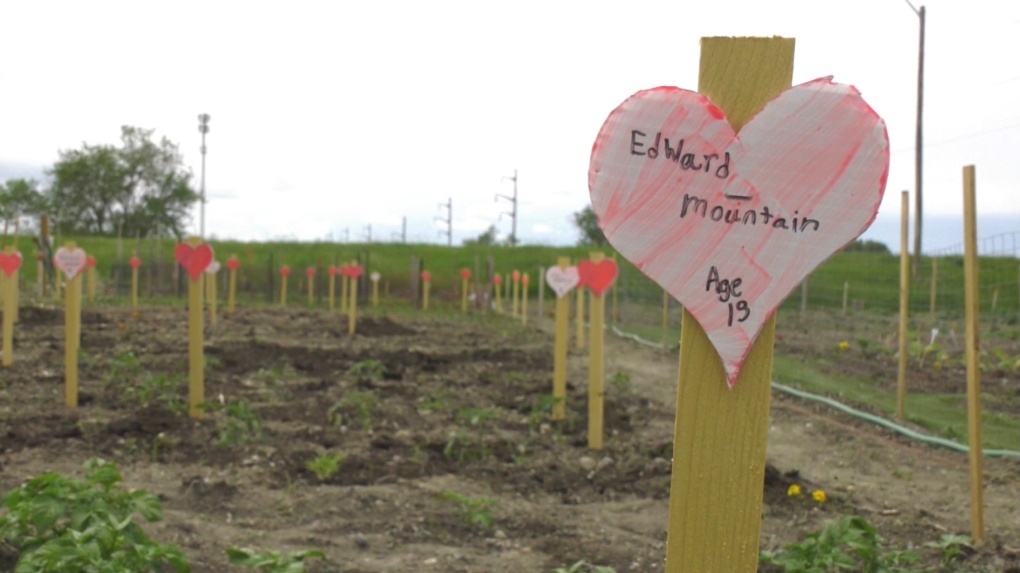 One of the hearts dedicated to a child killed at the Regina Indian Industrial School made by Talulah Messner. (Mackenzie Read/CTV News)

One of the hearts dedicated to a child killed at the Regina Indian Industrial School made by Talulah Messner. (Mackenzie Read/CTV News)

It also has QR codes posted on the signs that bring up information on the history of residential schools in the area and the Truth and Reconciliation Commission’s Calls for Action.

“I think it’s really important to have these and recognize the children who didn’t have the perfect childhood and were taken away from their families at such a young age,” Talulah Messner, Payot’s step-daughter who made the hearts and signs, said.

Payot believes that reconciliation work is like tending a garden.

“It takes constant care, attention and compassion to carry out those calls to action,” Payot said.

She and two of her colleges also took a treaty walk on the school grounds in May and have been doing research on the area.

Other people with plots in the garden said they are impressed with the thought and dedication into the increased education on residential schools.

“As an Indigenous person who garden here, seeing this display makes me feel welcome and makes me feel like it’s a safe space,” Kim Belhumeur said.

“This has not been touched and to me [that] is very important. It just shows the respect that the gardeners here have,” James Sather, another gardener, added.

Payot would like people come to the garden and use it as a learning tool. She also hopes more of the hearts can spread through the community garden space as the gardening season progresses.

“I’m a settler on Treaty 4 lands and this is my contribution to those calls to action for the TRC,” said Payot.