Regina gets a free-for-all graffiti wall 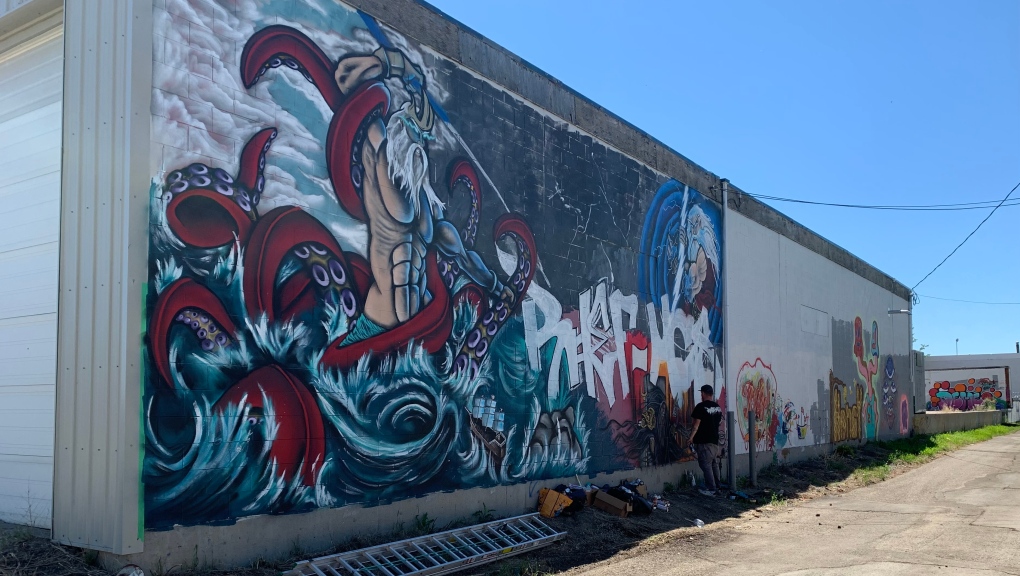 REGINA -- A Regina landlord is offering a space for graffiti artists to showcase their work.

Mark Lien, has created a new space called the Regina Free Wall project, which allows artists to create and design.

“I have always had issues with unwanted graffiti on the back of my building,” said Lien. “So I came up with the idea to do a free wall and I reached out to artists around town.”

The wall, located on the corner of McDonald Street. and 6th Avenue, is already drawing in artists. Kiel Smith, also known as the artist Raef-Mgs began working on a Greek mythology piece two weeks ago.

“It’s just something I’ve wanted to do for a long time is do a Kraken versus Poseidon,” said Smith. “Because of the space I was able to add extra elements, like Zeus and Hades.”

Smith said the wall allows artists to get their names out there, but also gives the community something to connect to.

“The community comes by and looks at it, takes pictures with it,” said Smith. “Whatever it may be, they get inspired by it. It would be nice if we had more spaces like this”

Smith, who got his start tagging, said he hopes the wall provides a place for people of all ages to start creating and stop tagging.

“It’s good for younger kids as well they aren’t just hitting a building and running. It gives them time to actually come here and be creative and work on their skills and develop”

Lien said the wall is available for anyone to use, but inappropriate artwork will not be allowed.

“No hate speech, no gang tags, no racism,” said Lien. “I tell everyone keep it positive. Make a plan and do something you are proud of.”

With a number of pieces already on the wall, Lien said he hopes many more are on the way.